The majority of mismatched prescribed antibiotics for suspected urinary tract infection (UTI) at an urgent care clinic among patients 70+ years old or with diabetes or urinary catheterization is likely the result of the multidrug-resistant H30 subclone of Escherichia coli ST131, according to research published in Clinical Infectious Diseases.

The effect of the H30 clone on the likelihood that bacteria isolated from patients would be resistant to the empirically prescribed antibiotic course for UTI was investigated in 750 urinalysis-positive urine samples from urgent care patients with suspected UTI. Of these, 41% yielded E coli from 35 different clonal groups. The H30 subclone was predominate, with a prevalence of 14% overall, 26% in patients aged ≥70 years, 43% in those with diabetes, and 60% in those with urinary catheterization. Resistance to the empirically selected antibiotic regime occurred in 16% of patients overall, 28% of older patients, 30% of patients with diabetes, 60% of catheterized patients, and 71% of those with the H30 subclone.

The contribution of H30 to mismatched antibiotic selection was 55% overall. For older patients it was 70% and increased to 100% among patients with diabetes or a urinary catheter. When patients had ≥2 of these factors, H30 was found in 24% of urinalysis-positive urine samples, with a 92% likelihood of resistance to the selected empirical therapy. The investigators note that overuse of fluoroquinolones as the choice of empiric treatment, despite recommendations to the contrary, is quite common. They point to antibiotics such as nitrofurantoin or fosfomycin as a result of the uniform resistance of H30 to fluoroquinolones, and cite a 30% resistance prevalence for trimethoprim/sulfamethoxazole and narrow-spectrum cephalosporins as further evidence for the use of new choices for empiric treatment.

According to investigators, a point of care diagnostic test to identify H30 directly in a patient’s urine “could be highly beneficial.” They also recommend that because H30 is associated with adverse outcomes, “recognition of its presence conceivably could directly benefit the clinical management of high-risk patients, although this remains to be demonstrated.” This, coupled with the high prevalence identified among the high-risk patients, led investigators to suggest that “even in the absence of specific diagnostic tests, it would be appropriate to treat patients who belong to the risk groups described here…as likely exposed to H30 infection.” 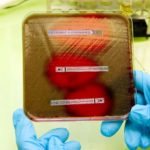