Hepatitis B e antigen (HBeAg) prevalence and other hepatitis B virus (HBV) markers decline with age and differ by race with HBeAg persisting longer among Asian people, according to a study published in the Journal of Viral Hepatitis. These findings also add to the understanding of maternal-infant HBV transmission in different races and may broaden hepatitis antiviral therapy indications.

HBeAg is a key serologic marker for HBV infection and transmission likelihood, and has been associated with an increased risk of hepatocellular carcinoma, HBV viremia. HBeAg clearance is also associated with improved outcomes. This cross-sectional cohort study analyzed data from adults and children with chronic HBV in Canada and the United States to identify host and viral factors related to HBeAg seropositivity, along with the association of age with HBeAg, HBV DNA, and hepatitis B surface antigen (HBsAg) serum levels in individuals with HBeAg seropositivity. Data was obtained from the Hepatitis B Research Network (HBRN), a National Institutes of Health-funded clinical research network that enrolled participants in a long-term natural history study of chronic HBV infection between 2012 and 2017.

Of the 2241 enrolled patients eligible for analysis in the study, 37% (n=825) were seropositive for HBeAg. Genotypes B and C of the hepatitis B virus, were the most common causes of infection, responsible for 50% and 42% of cases, respectively. Of note, 75% of these patients were Asian (n=1669, 79% of whom had HBV acquired through vertical transmission), 13% were black (n=294, 35% of whom acquired HBV infection via vertical transmission), 10% were white (n=214, 46% of whom were cases of vertical transmission). Overall, researchers noted that HBeAg prevalence was lower in older participants, ranging from 85% of participants <10 years old, to 12% of participants >50 years old.

Both race and HBV genotype were independently associated with HBeAg seropositivity, with a significant interaction between race and age. HBeAg seroprevalence steadily declined up to age >50 years in Asians, whereas HBeAg positivity sharply declined during the first 2 decades of life in blacks and whites. Similar patterns by age group were noted when results were stratified by genotype, possibly because HBV genotypes B and C were the most common genotypes found among Asian participants. After adjustments for confounders, significant differences in HBeAg prevalence by race, age, and genotype were seen (P <.05), with a significant interaction between race and age that confirmed trends noted in the observed data.

Study investigators concluded, “The relationship between HBeAg prevalence and age differs by race and suggest a slower and steadier decline in HBeAg positivity with age among Asians. These findings have significant implications for understanding the cycle of maternal infant transmission of HBV in different races and may also broaden indications for antiviral therapy of hepatitis B.”

Funding support was provided via CRADAs through the NIDDK by Gilead Sciences, Inc. and Roche Molecular Systems. 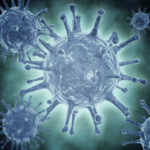