A prospective cohort study published in Scientific Reports found that early reductions in hepatitis B surface antigen (HBsAg) levels predict the response to entecavir therapy in genotype B-infected or C-infected patients with chronic hepatitis B (HBV).1

Treatment response to peginterferon can be predicted by the absolute reduction in HBsAg levels, as well as the decline in levels after 3 or 6 months of treatment, in hepatitis B e-antigen (HBeAg)-positive and -negative patients, respectively.2,3 In nucleos(t)ide analog (NA) therapy, this reduction is slower and less pronounced.4 In HBeAg-positive patients, HBsAg loss is associated with a rapid decline in HBsAg levels during the first year of treatment with telbivudine (≥0.5 log10 IU/mL at month 6 or ≥1.0 log10 IU/mL at month 12), and a reduction of ≥1.0 log10 IU/mL at week 24 of tenofovir therapy.5,6

However, the kinetics of HBsAg levels in early NA treatment, as well as optimal cutoffs and time points to define HBsAg reduction during treatment, remain unclear. In addition, the link between “early HBsAg decline and the therapeutic outcomes during long-term NA treatment is controversial,” wrote the investigators.

They aimed to clarify these points in 529 NA-naïve chronic HBV patients with genotype B or C who were treated with entecavir. Of this sample, 195 patients were HBeAg-positive, and 334 were HBeAg-negative.

During the median treatment duration of 49.2 months, the following results were reported:

Based on these findings, clinicians “may adopt the proposed cutoffs for defining an HBsAg decline at the specific time points to make early assessments of treatment responses” in chronic HBV patients with genotype B or C being treated with entecavir, according to lead author Cheng-Yuan Peng, MD, PhD, director of digestive medicine at China Medical University Hospital.

Future research should “elucidate the mechanisms underlying an early significant HBsAg decline during nucleos(t)ide analogue treatment, and validate its feasibility as a guide for making early assessments in patients with chronic hepatitis B receiving entecavir treatment in an independent large cohort and in patients with genotype A or D infection,” she told Infectious Disease Advisor. 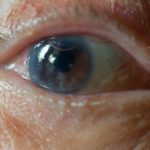