Early liver transplant for severe alcohol-related hepatitis was associated with increased risk for post-transplant alcohol relapse compared with standard transplantation, according to study findings published in The Lancet Gastroenterology & Hepatology.

For the analysis, researchers conducted a prospective, nonrandomized, noninferiority, controlled trial, called QuickTrans (ClinicalTrials.gov Identifier: NCT01756794), at 19 hospitals in France and Belgium between 2012 and 2016. The rate of alcohol consumption up to 2 years after liver transplant was assessed among patients with severe alcohol-related hepatitis who did not respond to medical treatment. Patients were assigned to receive early transplant (n=102), standard transplant (n=129), or no transplant (n=47) on the basis of a score (Lille model) comprising social and addiction criteria. Early transplant recipients were not required to have 6 months of alcohol abstinence, as is standard in France. Outcomes were compared with a nontransplant historical control cohort (n=428) in which case and control participants were matched in a 1:1 ratio. Primary outcomes for early vs standard transplantation included the noninferiority of a 2-year rate of alcohol relapse after transplantation and using the alcohol timeline follow back method plus a prespecified noninferiority margin of 10%.

Among all candidates for the early transplant, 28% died compared with 70% of the patients who were ineligible for transplantation. This indicated that ineligibility was associated with poorer survival (HR, 0.27; 95% CI, 0.16-0.47).

This study may have been limited by using the Lille model for stratifying patients, which has not been externally validated. 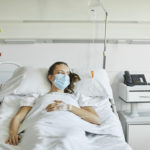