HealthDay News — Hepatitis C virus (HCV)-infected livers seem to do as well as healthy livers in patients with HCV, according to a study presented at the International Liver Congress.

Researchers analyzed data from 33,668 patients with HCV who received a liver transplant in the United States from 1995 to 2013. Of these patients, 5.7 percent received an HCV-positive liver.

The team found there was no difference in time to death between those who received either a liver with hepatitis or a healthy liver. The findings suggest that using HCV-positive livers could help reduce wait times for people with HCV who need a transplant, the researchers said.

“Over the past two decades, mainly due to shortages in organs, the use of HCV-positive organs for liver transplantation has tripled,” study author Zobair Younossi, MD, chair of the department of medicine at Inova Fairfax Hospital in Falls Church, Va., said in a Congress news release. “Our study clearly shows that people with HCV who received HCV-positive livers had the same medium- to long-term outcomes as people who received healthy livers. As highly effective treatments for HCV are available for transplanted patients, the future of these patients is bright.” 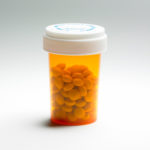