Gains in understanding the pathogenic mechanisms of hepatitis B virus (HBV) infection and novel treatment approaches informed the release of a new set of clinical practice guidelines (CPGs) from the European Association for the Study of the Liver (EASL) since the last update in 2012, soon to be published in the Journal of Hepatology.

Frank Tacke, MD, PhD, of the University Hospital Aachen, Germany, EASL vice-secretary, and a coauthor of the HBV guidelines, responded to questions from Infectious Disease Advisor about the key differences between the new guidelines and the previously published version. “The updated EASL guidelines include substantial changes in the management of hepatitis B, based on the latest scientific evidence,” he explained.

“The guidelines include new definitions of disease phases, which provide the conceptual basis of expanding the indications for therapy in order to prevent disease progression or complications such as liver cancer,” Dr Tacke reported, referring to the 5 new phases of chronic HBV infection.

In Phase 2 of HbeAg-positive chronic HBV, the serum levels are higher and there is evidence of moderate to severe inflammation and progressive fibrosis of the liver.

Phase 3 (HBeAg negative infection), formerly described as the “inactive carrier” phase, is indicated by serum antibodies to HBeAg, undetectable levels of HBV DNA (<2,000 IU/mL) or slightly higher (up to 20,000 IU/mL) in the presence of normal ALT and minimal inflammation.

Phase 4 is defined by a lack of serum HBeAg, detectable levels of anti-HBe, fluctuating moderate to high levels of HBV DNA and ALT, necroinflammation, and fibrosis of the liver. These patients often carry multiple HBV variants.

Phase 5 (HBeAg-negative chronic HBV, also called “occult infection”) is characterized by serum-negative HBsAg, positive HBcAg antibodies, and the possible presence of HBsAg antibodies. At this stage, patients have normal levels of serum ALT and may have undetectable serum HBV DNA but detectable levels in the liver.

An estimated 240 million people carry the HBV surface antigen, many of whom also carry multiple distinct genetic variations of the virus, due to its ability to frequently mutate. The presence of so many mutated variations may lead to strains that are immune to antiviral therapies, which can spread and mutate again, suggesting that a cure for HBV may not be a reasonable goal for the near future.  “At present, the complete elimination of the hepatitis B virus from the body is not possible,” Dr Tacke explained. “Nonetheless, many strategies are currently being tested to achieve a “functional cure,” which means that the patient’s immune system sufficiently suppresses viral replication. One of these approaches, stopping antiviral medication after 3 years of full viral suppression, is already being implemented in the new guideline. The inclusion of alternative strategies, which might include new drugs, can be anticipated within the next 5 years.”

New therapies are also being implemented, Dr Tacke said, noting that, “this is the first international guideline that includes the latest approved antiviral drug, tenofovir alafenamide (TAF), and provides clear guidance on which patients will benefit most from this latest innovation. In addition, the 2017 EASL guideline has recommendations on stopping antiviral therapy in patients without liver cirrhosis.” 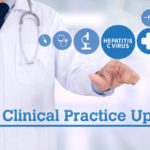