Universal childhood vaccination for hepatitis A virus (HAV) initiated in Alaska resulted in a decline in HAV infection incidence in all age groups, researchers reported in Vaccine.1

The cases were extracted from United States census data from 1970, 1980, 1990, and 2000.  Each identified case of HAV infection was evaluated by age, race (Alaska native vs other), and region. HAV infection was defined by acute onset of symptoms with the presence of either jaundice or elevation of aminotransferase levels.

The first widespread use of HAV vaccine was from 1993 to 1994.  In areas where 80% of susceptible people were vaccinated, resolution of an outbreak occurred within 4 to 8 weeks, whereas in areas where <50% of people were vaccinated, the outbreak continued for 50 weeks.  In the AN population, the yearly incidence of HAV infection decreased from 1993 to 1995.

Once the childhood vaccination program was introduced statewide in Alaska the incidence of HAV infection decreased. The incidence rates in Alaska are similar to other states. The most dramatic reduction was seen in the AN population, with a 99.9% reduction from 2002 to 2007.

The routine childhood vaccination program has nearly eliminated HAV infection in Alaska. 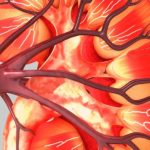