A new mechanism of oxazolidinone resistance in Enterococcus faecalis may warrant surveillance for further monitoring, according to a study recently published in the Journal of Antimicrobial Chemotherapy.

Although the oxazolidinone class of anti-gram-positive agents possesses potent activity against these isolates, resistance after prolonged administration can be acquired. Alterations in ribosomal oxazolidinone binding sites (23S rRNA; L3 and L4 proteins) are the most common resistance mechanisms, including a G2576T mutation on the 23S rRNA gene. Other transferable resistance determinants have been detected as newer mechanisms, including cfr, cfr(B), cfr(C), and optrA.

This study was conducted to evaluate the oxazolidinone resistance mechanisms of enterococci and further investigated the epidemiology and genetic context of optrA-carrying isolates.

A total of 36 E faecalis and 66 Enterococcus faecium isolates met the inclusion criteria, which constituted 0.38% of enterococci received between 2008 and 2016. E faecalis isolates had a linezolid MIC range of 4 to 16 mg/L, whereas E faecium isolates displayed slightly higher values, at 4 to 64 mg/L.

These isolates were subjected to the detection of cfr, cfr(B), cfr(C), and optrA mutations in the 23S rRNA-, L3, and L4-encoding genes by PCR, restriction digests, and sequencing.

Of the E faecalis isolates, the optrA gene was found to be plasmid-located (n=22) and chromosome-located (n=3). The genetic context of optrA varied, and genetically distinct isolates from Ireland had an identical optrA context, indicating the potential for plasmid dissemination.

Conversely, alterations in 23S rRNA remained the main oxazolidinone-resistance mechanism in E faecium, as all isolates contained G2576T alterations. Of these isolates, 3 (USA) had concomitant presence of cfr(B). The presence of cfr(B) was also reported in E faecalis for the first time. Among the optrA carrying E faecalis isolates, 3 (1 from Thailand; 2 from Panama) carried cfr and cfr(B), respectively.

The cfr or cfr(B) genes were always associated with another linezolid-resistance mechanism in E faecalis (optrA) and E faecium (G2576T), so it is unclear whether cfr confers linezolid resistance.

Although the majority of optrA genes were found in E faecalis, this gene has also been documented in other Gram-positive organisms and in in vitro transfer to different species. Therefore, the study authors conclude that, “it is important to monitor the emergence and spread of this resistance determinant at a local and regional level, especially due to the potential for E. faecalis to serve as a reservoir for spreading optrA to [multi-drug resistant] pathogens.” 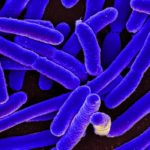