Long-term antiretroviral therapy (ART) was safe and associated with increased rates of survival among both women of reproductive age and HIV-exposed children, according to findings published in Lancet HIV.

Researchers performed a prospective, observational, longitudinal, multicenter study to assess the long-term effects of ART among mothers aged between 15 and 49 years with HIV infection. Data on ART use among both mothers and children exposed to HIV-infection were collected at follow-up visits every 6 months. The primary outcomes were ART retention and adherence, maternal health, fertility intentions, and safety.

A total of 1987 mothers and 2522 children were included in the analysis. Between baseline and at 42 months, the number of women with an undetectable HIV viral load increased from 84.8% to 89.1%. In addition, the number of women who self-reported their health as “very good” or “excellent” increased from 67.5% at baseline to 87.5% at 42 months. At 36 months, the rate of self-reported ART adherence ranged between 73.4% and 97.6%.

This study was limited as adherence to ART was determined on the basis of only HIV viral load suppression without consideration of potential ART resistance.

According to the researchers, “ART is safe and effective and improves overall long-term health and survival of women living with HIV [infection] and their children…” 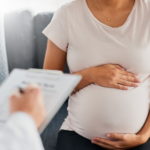