Analytic treatment interruption, used to determine the efficacy of any therapeutic strategy designed to achieve antiretroviral therapy (ART)-free remission from HIV, caused neither expansion of HIV reservoirs nor immunologic abnormalities after re-initiation of ART, according to a study published in the Journal of Infectious Diseases.1

Compared with individuals who initiated ART during the chronic phase of HIV infection, individuals with HIV who initiated ART during the acute/early phase of infection are more likely to respond to interventions aimed at inducing ART-free virologic remission for several possible reasons: small HIV reservoirs, more homogeneous viral quasispecies, and a relatively intact immune system.2 But what are the effects of ART interruption on immunologic and virologic parameters in early-treated individuals? To answer this question, researchers evaluated the potential consequences of ART interruption where significant levels of plasma viremia occurred in 22 individuals before re-initiation of ART.1

After a vaccine or placebo phase,3 all 22 early-treated individuals underwent ART interruption and resumed ART on the basis of the following criteria: a decrease of >30% in baseline CD4+ T-cell count or a decrease in absolute CD4+ T-cell count to <350 cells/mm3, and a sustained (>4 weeks) plasma viremia level >50,000 copies/mL.3 HIV reservoirs were examined for all participants before ART and during ART interruption, as well as after re-initiation of ART.

The median duration of ART interruption was 124 days. During this time, plasma viremia rebounded in all participants, with a median peak level of 28,702 copies/mL. All participants resumed ART and received treatment for a median of 702 days at the time of analysis.

When the researchers conducted 2 additional assays designed to address the level of infectious HIV in CD4+ T cells, they found no significant differences in frequencies of CD4+ T cells carrying either inducible or replication-competent HIV before ART interruption vs after ART initiation. There was no effect on the virologic markers when excluding those individuals who received the vaccine regimen.

ART interruption, therefore, with close monitoring of plasma viremia with strict restart guidelines, appeared to be safe for clinical trials of potentially curative interventions in individuals with HIV who initiated ART during the acute/early phase of infection. “Future experiments involving phylogenetic analyses of rebounding virus and persistent HIV reservoirs, as well as in-depth examination of immune responses to the virus would be necessary to support our findings,” noted the researchers. 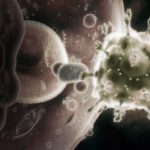