Transgender women experiencing homelessness, poverty, and a lack of a usual source of health care were less likely to receive HIV treatment or preventive care, but use of pre-exposure prophylaxis (PrEP) was common among those who reported severe food insecurity. These findings were published in Morbidity and Mortality Weekly Report.

Researchers evaluated data from 1608 transgender women in 7 urban areas who participated in the National HIV Behavioral Surveillance (NHBS) program from June 2019 to February 2020. The researchers aimed to factors associated with the disproportionate lack of preventive HIV care among transgender women. Poisson regression was used to adjust for patient age, race, ethnicity, and geographic location.

Of participants with a previous HIV diagnosis, virologic suppression was less likely among those who experienced homelessness within the past year (adjusted prevalence ratio [aPR], 0.88; P =.003), with the likelihood of virologic suppression decreasing as the number of homeless nights increased.

Study limitations included the lack of generalizability outside of urban areas, potential recall and social desirability bias due to the self-reported method of data collection, the inability to infer causality, and the lack of representation owing to the complexity of gender-affirming health care.

“Ensuring access to gender-affirming health care approaches and addressing the socioeconomic challenges of many transgender women could improve access to and use of HIV prevention and care in this population,” the researchers concluded.

Disclosure: One author declared affiliations with industry. Please see the reference for a full list of disclosures. 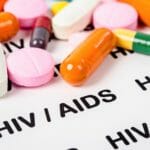