The final study cohort included 138 PLWHIV without CVD and diabetes and 664 uninfected individuals, who served as the reference group. The mean age of the PLWHIV group was 40.8 years and 89.9% were men. At baseline, median duration of HIV was 40.5 month with a median CD4 count of 568 cells/µl and nadir CD4 count of 252 cells/µl; and 103 individuals (74.6%) were receiving antiretroviral therapy with a median duration of treatment exposure of 36 months. Compared with PLWHIV the individuals in the reference group were older by a mean of 10.8 years and more often had been diagnosed with hypertension and/or dyslipidemia.

At baseline, the FRS risk scores had consistently higher area under the curves (AUCs) than all other scores and could reliably identify all components of subclinical vascular damage in PLWHIV. Conversely, the Greek-based European Society of Cardiology score failed to predict the presence of arterial hypertrophy, arteriosclerosis, and combined vascular disease, while the D:A:D score could not reliably predict the presence of hypertrophy. Of note, the area under the curve of all scores was greater for PLWHIV compared with the reference group.

At 3-year follow-up, all CVD risk scores failed to predict the progression of subclinical vascular damage in PLWHIV. While FRS and ASCVD scores tended to predict development of arterial hypertrophy in PLWHIV, this was not statistically significant. In the reference group, however, the FRS-CHD, FRS-CVD, and ASCVD scores predicted the development of atheromatosis and ASCVD predicted the progression of arterial hypertrophy.

In a sub-analysis focused on carotid atheromatosis, which is the most clinically useful and applied vascular biomarker, all risk scores were able to predict the progression of carotid atheromatosis in PLWHIV except the Greek-specific European Society of Cardiology score. In particular, the FRS score identified that patients at medium CVD risk have a 33% probability of developing subclinical atheromatosis within the next 3 years.

Due to the small sample size, lack of a healthy control group, and lack of availability of data on cardiovascular medication use and changes over time, the findings more this study “warrant further investigation in larger studies prior to generalization of results,” concluded the researchers.

Disclosure: The study was supported by Gilead Sciences Hellas. Mina Psichogiou, MD, PhD, has received speaking and research grants from Gilead, travel grants from Gilead, GSK, MSD, and has served on speakers’ bureau or advisory boards for Gilead, MSD, GSK. 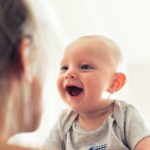