Cervicovaginal bacterial communities that are high in diversity and low in Lactobacillus abundance are associated with increased risk for HIV acquisition among women in sub-Saharan Africa, according to a study published in Immunity.

Bacteria in the female genital tract are known to affect baseline inflammation there. Because increased inflammation correlates with higher risk for HIV infection, cervicovaginal bacteria may play a role in the risk for HIV acquisition. Bacterial communities in the female genital tract deficient in Lactobacillus bacteria are associated with poor reproductive outcomes, such as preterm delivery and cervicitis, but data on their effect on HIV acquisition risk are limited.

Christina Gosmann, PhD, and Douglas S. Kwon, MD, PhD, from Massachusetts General Hospital and Harvard Medical School, Boston, and colleagues examined the role of the cervicovaginal microbiome in HIV acquisition in a prospective cohort of healthy South African women without HIV from the Females Rising Through Education, Support and Health (FRESH) study.

The link between bacterial taxa, inflammation, and HIV acquisition risk was further demonstrated by the following observations: inflammation was decreased with L crispatus and increased with anaerobic taxa such as Prevotella and Clostridium, and women remaining HIV-uninfected had greater abundance of Lactobacillus bacteria, whereas women who acquired HIV had bacterial communities characterized by anaerobes associated with inflammation.

“This work remains at a preclinical stage, but we feel that our findings, along with other work done previously, indicate that the vaginal microbiome can have a significant impact on HIV susceptibility, even in women who are clinically healthy and asymptomatic,” Dr Kwon said in an interview with Infectious Disease Advisor.

“Our next challenge is to translate these results into novel interventions that will use the microbiome to reduce HIV risk in young women,” he said. However, strategies to alter the cervicovaginal microbiome, such as antibiotics and Lactobacillus vaginal suppositories, have been found to be ineffective.

“Based upon what we know from work in the [female genital tract] and gut, these communities appear to be quite stable, so it may be that simple approaches like antibiotic therapy won’t result in long lasting changes,” Dr Kwon noted. “We first have to better understand how these communities are controlled and maintained so we can then reliably create durable changes.” 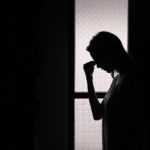