The maximum concentration of the integrase inhibitor dolutegravir (DTG) was significantly higher in people living with HIV who are more than 60 years old compared with younger individuals, according to new findings published in Clinical Infectious Diseases.

Persons living with HIV have a high prevalence of sleep disturbances when compared with the general population, and is strongly associated with poorer disease outcomes, cognitive impairment, and HIV-associated dementia. There have been recent concerns about DTG-related neuropsychiatric toxicity, especially among older patients with HIV. In the current study, the authors described the pharmacokinetics (PK) of DTG 50 mg taken once daily in patients >60 years old.

The cohort included 40 individuals with HIV-RNA <50 copies/mL who were using any non-DTG-based antiretroviral combination. Their treatment regimen was changed over to abacavir/lamivudine/DTG, and on day 28, 24-hour PK levels were drawn.

The steady-state PK parameters were then compared with a published historical control population aged 50 years or younger, and participants also completed sleep and neurocognitive questionnaires/testing before the drug switch was made and then over the course of 180 days.

No statistically significant changes in insomnia, daytime function, or fatigue test scores over time were noted.

“This data informs physicians and patients on the safety and tolerability of DTG in older patients, particularly following the early period where careful monitoring remains recommended,” the authors conclude. 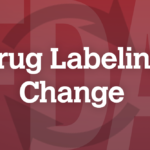 Prezcobix Not Recommended During Pregnancy, According to Updated Labeling