Among patients with HIV who were treatment naive, 10.1% were ineligible for cabotegravir plus rilpivirine dual therapy due to the prevalence of rilpivirine resistance-associated mutations (RAMs) and HIV-1 subtype A6/A1 sequences, according to study results from 3 large genotypic databases published in the Journal of Antimicrobial Chemotherapy. The findings highlighted the need to check for genotypic resistance profiles and viral subtypes in patients with HIV before initiating cabotegravir plus rilpivirine therapy.

When taking into account the L74I polymorphism, the prevalence of cabotegravir RAMs was 16.2% and was higher in non-B subtypes compared with B subtype (21.5% vs 7.7%; P <.0001). However, resistance to cabotegravir was very low among patients (0.74%; n=31), according to the National Agency for AIDS Research (ANRS) algorithm for resistance interpretation.

The prevalence of rilpivirine RAMs was 14.3% with no difference between non-B subtypes and the B subtype (P =.6). Unlike resistance interpretation for cabotegravir, 6.2% (n=261) of patients exhibited viruses resistant to rilpivirine. Of the 261 patients, 17 had HIV-1 subtype A6/A1 sequences.

Thus, when combining HIV-1 subtype A6/A1 prevalence (4.3%; n=183) and rilpivirine RAMs (5.8%; n=244), 10.1% of patients would be ineligible for cabotegravir plus rilpivirine dual therapy due to baseline virologic risk factors.

The investigators emphasized “the need for a pre-therapeutic genotypic resistance test to detect polymorphisms and transmitted drug resistance and to define HIV-1 subtype,” so that risk of virologic failure and emergence of resistance is minimized. 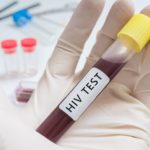