Switching from an antiretroviral regimen with efavirenz to one with fewer neuropsychiatric side effects does not ameliorate neurocognitive performance, and HIV-associated dementia is associated with significant morbidity and mortality. This is according to 2 posters presented at IDWeek 2019, held October 2-6, 2019, in Washington, DC.

Despite the advent of antiretroviral therapy, HIV-associated neurocognitive disorders remain a significant concern for patients. As such, researchers from the University of Cincinnati sought to examine the outcomes of individuals previously diagnosed with HIV-associated dementia.¹

This cross-sectional prospective and retrospective study identified individuals with a diagnosis of HIV and dementia at the University of Cincinnati Infectious Disease Center. Medical, neurocognitive, and functional data were collected from those who met the 1993 United States Centers for Disease Control and Prevention definition for HIV-associated dementia (n=39). Those who were alive and managed by the Infectious Disease Center (n=26) also underwent neuropsychological testing.

Potent antiretroviral therapy was prescribed to all individuals with a confirmed diagnosis of HIV-associated dementia, 67.5% of whom had consistent undetectable viral loads. Results demonstrated persistent neurologic and cognitive deficits in 32.5% and 60% of patients, respectively. Psychiatric disturbances were present in 72.5%. The median global deficit score was 1.48 (range 0 to 2.92).

To address this morbidity, specifically in the worsening of neurocognitive performance in patients with HIV-associated neurocognitive disorders, researchers at Maharaj Nakorn Chiang Mai Hospital studied the effects of switching from efavirenz, well-known for its neuropsychiatric side effects, to rilpivrine.2

The primary outcome of the study was improvement in neurocognitive performance 6 months after switching, for which researchers reported an improvement in 11 patients (switching group, n=6; control group, n=5). Investigators also reported significant improvement in global deficit scores, figure learning, and figure memory in both arms at month 6 (P <0.05). Verbal memory and speed of information processing improved over time in the switching arm only (0.6 [0.1-1.0]; P =0.02, and 0.7 [0.1-1.2]; P =0.03, respectively), however no significant difference was observed between the 2 groups.

Researchers concluded that “despite some positive trends, switching from an efavirenz-containing regimen did not improve [neurocognitive performance],” consistent with previously reported findings. As Cutler, et al noted, dementia and neurocognitive performance conditions warrant “additional strategies to mitigate the profound impact on quality of life and longevity.” 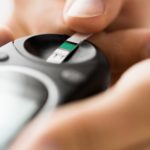