A 35-year-old patient with HIV developed detectable viral load during pregnancy that was believed to be the result of an interaction between dolutegravir and prenatal vitamins, according to a recent report published in BMJ Case Reports.

At the time of HIV diagnosis, the patient was initiated on antiretroviral therapy (ART) with ritonavir-boosted darunavir/abacavir/lamivudine.  After 9 months of therapy, she had asked to be switched to a single-tablet regimen and was prescribed abacavir/dolutegravir/lamivudine.  Prior to pregnancy, her viral load had been undetectable for more than 2 years.

When she initially presented for obstetrical care, her viral load was undetectable; however at 29- and 30-weeks gestation, it was reported to be 67 copies per mL (cpm) and 72cpm, respectively. The patient stated she had been adhering to ART but did experience emesis occasionally following administration. Additionally, she reported that she took her ART at the same time she took her prenatal vitamin as well as supplementary calcium carbonate.

The patient was prescribed antiemetics and was instructed to take her HIV therapy 6 hours after her prenatal vitamin and calcium supplement. Six days later, her viral load was reported to be 32 cpm, and within 3 weeks, it was undetectable.  The remainder of the patient’s pregnancy was uncomplicated and HIV testing of the newborn was negative.

“This case highlights the importance of unexpected, idiosyncratic drug–drug interactions with ART and the need for careful evaluation of all home medications, even those as putatively harmless as vitamins and indigestion remedies,” the authors concluded. 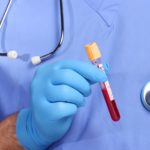