HealthDay News ‐ For gay and bisexual men, an increase in HIV pre-exposure prophylaxis (PrEP) is associated with a reduction in condom use, according to a study published online June 6 in The Lancet HIV.

“Other jurisdictions should consider the potential for community-level increases in CAIC when modelling the introduction of PrEP and in monitoring its effect,” the authors write. 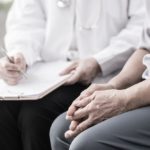