Access to free HIV self-testing may increase testing frequency in high-risk men who have sex with men (MSM) without effecting sexually transmitted infection (STI) acquisition or sexual behavior, according to a study recently published in the Journal of Acquired Immune Deficiency Syndromes.

In 2012, the US Food and Drug Administration (FDA) approved the first HIV self-test, the OraQuick® In-Home HIV Test. However, the effect of self-testing on testing frequency and risk-reduction has not been examined. Therefore, this randomized controlled study (ClinicalTrials.gov identifier: NCT01161446) determined whether the availability of self-testing increases testing frequency in MSM without having a negative impact on HIV risk behaviors.

In Seattle from 2010 to 2013, 230 participants age 18 assigned male sex at birth and transgender men were included if they reported sex with men in the year before enrollment, had a documented HIV-negative test 30 days before enrollment, and were at high risk. For 15 months, participants were randomly assigned 1:1 to have access to oral fluid HIV self-tests at no cost or testing as usual. The self-reported number of HIV tests during follow-up was the primary outcome. To evaluate the effect on sexual behavior, both arms were compared at the final study visit regarding non-HIV-concordant condomless anal intercourse (CAI), number of male CAI partners in the last 3 months (measured at 9 and 15 months), and diagnosis with a bacterial STI (early syphilis, gonorrhea, chlamydial infection).

However, results also suggested that the availability of self-tests did not result in earlier HIV diagnosis. Of 178 participants who received HIV testing at their end-of-study visit, 6 were HIV-positive: 4 in the self-testing arm and 2 in the standard testing arm. Incidence of HIV diagnosis was 2.75 per 100 person-years and did not differ in either arm (P =.4).

Overall, the study investigators concluded that “self-testing has great potential to increase awareness of HIV status among MSM, particularly if it can reach those who have never tested or test infrequently.” 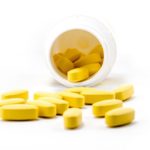