As the availability of antiretroviral treatment (ART) for HIV has increased, the rate of new infections in children has decreased by 58%, from 520,000 to 220,000 between 2000 and 2014.1 Although mother-to-child HIV transmission may occur during pregnancy, delivery, and breastfeeding, there are significant health benefits associated with breastfeeding.

US recommendations are against breastfeeding – regardless of ART status or viral load – due to the availability of clean water and affordable alternatives to breast milk.2 However, the 2010 World Health Organization (WHO) guidelines recommended that HIV-positive mothers in resource-limited settings breastfeed infants for at least 1 year while on ART.3

Since those recommendations were published, there has been an increase in evidence regarding postnatal transmission risk when mother or child or both are receiving ART. In light of these newer insights, the current investigators conducted a review of the literature to determine the rates of HIV transmission at 6, 9, 12, and 18 months in infants who breastfed for at least 6 months and whose mothers received ART through at least 6 months postpartum.4

To further explore the evidence and issues pertaining to the topic of mother-to-child HIV transmission via breast milk, Infectious Disease Advisor spoke with study co-investigator Stephanie Bispo, a postgraduate researcher at the University of Southampton in the United Kingdom.

Infectious Disease Advisor: How do your findings fit with the current guidelines and existing knowledge on the topic of breastfeeding in women with HIV?

Stephanie Bispo: Our study was a review commissioned by WHO aiming to collect all information on infant feeding in the context of expanding ART before the WHO 2015 revision of treatment and prevention guidelines were issued. The previous guidelines from 2010 recommended exclusive breastfeeding for infants of HIV-positive mothers for at least 6 months, and breastfeeding along with complementary feeding for at least 1 year under the cover of maternal or infant ART.5,3 One of the principles behind this recommendation is that low-income countries are not always able to provide a nutritionally adequate and safe diet for children, and the lack of breastfeeding, even in the context of mothers with HIV, could lead to high rates of mortality in these children due to diarrhea, pneumonia, and undernutrition.6,7 Another review, also commissioned by WHO, suggested that child survival in the first year of life was substantially affected by early cessation of breastfeeding, rather than by increased HIV infection in infants.8

Since the last guidelines, ART has become more available for infected pregnant women immediately upon diagnosis, and that raised the question of whether the transmission rates in children decreased with different types of feeding such as exclusive breastfeeding or mixed feeding, and how the duration of breastfeeding affected the rates of transmission. During this review, it was clear that there is still limited evidence from studies in patients on ART for life and prolonged breastfeeding or mixed feeding. However, existing studies found a low risk of mother-to-child transmission in these scenarios.

Compared with the pre-ART era these results are significant, as previously mother-to-child transmission when breastfeeding varied from 15% to 32% at 6 months,9-11 and pooled results now show a decrease to 1.08% (95% CI, 0.32-1.85) postnatal transmission at 6 months and 2.93% (95% CI, 0.68-5.18) at 12 months. The limited number of infections could be related to late initiation of ART; continued breastfeeding after ART cessation, in cases where no lifelong ART was provided; or limited ART adherence postnatally.

These findings were presented to the experts as part of the WHO guidance update meeting in late 2015 and contributed to the WHO updated guidelines on infant feeding in the context of HIV in 2016.12 Some of the new guidelines include the recommendation that mothers infected with HIV should breastfeed while on lifelong ART, and that mixed feeding is not a reason to stop breastfeeding in the presence of ART.

Infectious Disease Advisor: What are the treatment implications and/or special considerations for infectious disease that clinicians should be aware of?

Ms Bispo: The study did not go into treatment implications, but an important finding is that mothers were more adherent to ART when provided with specific support through counseling or incentives such as infant replacement feeds. There are still major cultural stigmas in African societies that can stop women from adequately breastfeeding or taking drugs if they are not well supported on these issues. In addition, I believe that the training and capacity development of health workers, especially on how to support these mothers, are crucial to continuously decrease mother-to-child transmission rates in PMTCT programs.

Infectious Disease Advisor: What should be the next steps in terms of research in this area?

Ms Bispo: The WHO guidelines were only based on moderate evidence due to the lack of studies showing transmission when a mother is on lifelong ART, especially in the context of mixed feeding. Based on this study and the identified lack of studies in the literature, I have 2 suggestions for studies in low income countries. Only 3 studies in our systematic review offered lifelong ART, and most studies only offered ART for 6 months. Some studies showed that a number of mothers who claimed to end breastfeeding at 6 months and stopped receiving ART still offered breast milk when demanded by the child, increasing the number of transmissions between 6 and 12 months, so this needs to be further investigated. Then, I suggest that the next randomized control trials offer lifelong ART according to recommendation or at least for 12 months.

Infectious Disease Advisor: Are there any further points you would like to make on the topic?

Ms Bispo: This and other studies show remarkable advances in the fight against mother-to-child transmission after the introduction of ART. But there is still a long way to go, and government and stakeholders’ commitment is needed to implement lifelong ART, provide HIV tests for women, and invest in the population’s health education. Large numbers of women do not know they are infected, or suffer stigmas from society or partners leading to consequences to the child that range from HIV transmission to mortality. Beyond the availability of ART, eliminating cultural and social constraints in women and providing appropriate support to mothers on how to appropriately feed their children and care for their own health are important for continued success in decreasing HIV. 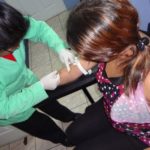