Compared with women taking efavirenz-based regimens, women on dolutegravir-based therapy were more likely to achieve HIV viral loads < 50 copies/mL at the time of giving birth when treatment was initiated in the third trimester of pregnancy, according to study results published in The Lancet HIV.1

In this randomized, open-label trial (DolPHIN-2; ClinicalTrials.gov Identifier: NCT03249181), researchers recruited 268 pregnant women from South Africa and Uganda aged ≥18 years with untreated but confirmed HIV infection and an estimated gestation of ≥28 weeks. The women were randomly assigned to either dolutegravir-based (n=135) or efavirenz-based (n=133) antiretroviral therapy (ART). HIV viral load was measured at 7 days and 28 days after initiation of ART, at 36 weeks’ gestation (if applicable), and at the first postpartum visit (which occurred up to 2 weeks postpartum).

The primary efficacy outcome was HIV viral load <50 copies/mL at the first postpartum visit, and the primary safety outcome was frequency of drug-related adverse events. Although safety analysis included all 268 participants, efficacy analysis was based on the intention-to-treat analysis, which included 250 pregnant women (125 each in the dolutegravir and efavirenz groups).

The median duration of ART at the time of delivery was 55 days (interquartile range, 33-77). The researchers found that 74% (89 of 120) of women in the dolutegravir group achieved viral loads <50 copies/mL when they gave birth compared with 43% (50 of 117) of women in the efavirenz group (risk ratio, 1.65; 95% CI, 1.31-2.06). “The risk ratio was unaltered by maternal age, country, baseline viral load, baseline CD4 cell count, or gestation at enrollment, with consistent between-treatment differences across these covariates and no significant interactions observed,” noted the researchers.

Although ART was well tolerated across both groups, more mothers in the dolutegravir group (22%) reported any type of serious adverse event compared with women in the efavirenz group (11%). This finding was driven by a higher overall frequency of pregnancy, puerperium, and perinatal events in mothers receiving dolutegravir vs those receiving efavirenz.

“That this trial did not show a higher rate of neural tube defects compared with other antiretroviral regimens — albeit limited by small numbers — supports the [World Health Organization] recommendation that dolutegravir-based regimens can be used throughout pregnancy and postpartum, when the risk of transmission outweighs the risk of adverse effects,” stated Tendesayi Kufa, MBChB, MPH, PhD, from the National Institute for Communicable Diseases in Sandringham, Johannesburg, South Africa, in an editorial commentary.2 This finding means that dolutegravir-based regimens can be extended to all women of reproductive age as first-line ART, regardless of pregnancy or childbearing potential.

This study will continue follow-up of postpartum and infant outcomes to 72 weeks, including transmission of HIV during breastfeeding. In addition, the researchers noted that the higher frequency of serious adverse events observed with dolutegravir needs to be confirmed in other studies that are currently planned and in progress, such as the VESTED trial 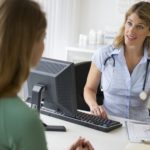