A substantial number of individuals affected by the human immunodeficiency virus (HIV) remain undiagnosed, including an estimated 20% of those in the United States and 60% worldwide.1 Although the Centers for Disease Control and Prevention recommends HIV screening for all individuals age 13 to 64 years, numerous barriers to HIV testing in healthcare settings have been identified, including lack of access and fear of stigma and discrimination.2

The approval of over-the-counter HIV self-tests in the United States, France, and the United Kingdom in recent years has been hailed as a significant step toward addressing these gaps.3 However, although healthcare providers appear to generally support the availability of self-testing, various concerns have also been noted. For example, the cost may still be prohibitive to individuals who are most in need of testing, with one US survey reporting that approximately 41% of those at highest risk would be unable to afford the test.4 Other studies have found that most participants were unwilling to pay more than $20 for a self-test.1

Self-testing also disrupts traditional connections to care and prevents opportunities for counseling and screening for other sexually transmitted infections. Another point of debate centers on risks related to the potential for false negative and false positive test results in this setting.1,3

“The potential of self-testing to empower individuals and normalize screening should not be ignored,” wrote the authors of a 2014 paper that examined these issues.1 “Hopefully, as test performance of the assays improves, additional assays become commercially available and drive down costs, and disadvantages of self-tests can be addressed, this strategy will offer a step toward averting”1 the millions of new infections that occur each year.

Infectious Disease Advisor: Do you generally support or oppose HIV self-testing? Why or why not?

Dr Klausner: HIV self-testing is a great way for people who generally do not access health care or who are concerned about stigma to get tested. Many young adults, sexual minorities, and people with certain risk behaviors are not getting tested. Because HIV is easily treated, it is very important for people to learn their status, and anything we can do to make testing easier is welcome. Currently in the United States, [there is a significant portion] of people with HIV who do not know their status. They should learn about HIV self-testing, especially young adults and those who have not visited a doctor in the past year.

Dr Little: I support HIV self-testing because it offers a testing option for people who otherwise might not be willing to have an HIV test. There are people who may want to get an HIV test, but who may feel uncomfortable going to available community or healthcare clinics for this service. In addition, people who are already testing may be willing to test more regularly if self-testing makes the process easier and more convenient.

Infectious Disease Advisor: What has been your experience with patients who have used self-testing?

Dr Klausner: I have provided HIV self-tests for many hundreds of people through coupons, vouchers, online mail order, and vending machines. Everyone who has used the test loved it and found it easy to use. Most importantly, all those who tested positive received confirmatory testing and medical care.

Dr Little: I don’t personally have any patients, that I am aware of, who use self-testing. I run an HIV testing program, so the people I see are seeking more traditional HIV testing options.

Infectious Disease Advisor: For clinicians, what are the most pertinent implications regarding self-testing?

Dr Klausner: If HIV self-testing were to take off in the United States, we might see an increase in people with HIV infection coming into care. Furthermore, once people know they have infection and are on treatment, they are much less likely to spread infection. HIV self-testing could greatly increase the number of people being treated and reduce the current epidemic.

Dr Little: I believe the greatest challenge of self-testing kits centers around the interpretation of positive results and the willingness of a person who has just gotten a positive result to make a follow-up appointment for further care. A positive HIV test result following a rapid antibody test requires further confirmatory testing before a definitive diagnosis of HIV is made. All self-testing kits provide resources to ensure that post-test counseling and confirmatory testing is available if the test comes back positive.

However, the same barriers and stigma that make some people uncomfortable getting an HIV test at a community HIV testing site may also make this person uncomfortable scheduling follow-up care for a positive HIV test result. If the person taking the test has a trusted provider, they may instead contact their provider to receive this follow-up. Thus, practitioners should provide information on HIV self-testing kits to their interested patients and should provide follow-up services for clients with positive tests or referral to appropriate resources in the medical community.

Infectious Disease Advisor: What are some of the remaining areas of research on this topic that require further investigation?

Dr Klausner: One major barrier is the cost. There should be more policy research showing the cost-effectiveness of self-testing and research into how policymakers such as state and local governments could offer HIV self-tests for free. There is also a need for better tests that could detect those with infection even earlier. The current tests detect infection after 3 months, which is adequate for the majority of people. However, a simple affordable self-test that could detect infection within a week would be a breakthrough.

Dr Little: I believe the focus of self-testing research should include the following 3 areas: test kits that detect HIV RNA (akin to a viral load test) rather than antibody; test kits that are inexpensive, safely disposable, and do not require special handling such as refrigeration; and [kits with] automated electronic reporting of positive results. The rationale for focusing on test kits that detect HIV RNA is ability to detect people at the earliest and most infectious stages of HIV infection. People with acute HIV infection have not yet developed antibodies to HIV and thus [they] test negative on HIV rapid antibody testing, but they would test positive with screening that detects HIV RNA.

The downside of a self-test kit that detects HIV RNA would be that such a test could “miss” someone who was infected with HIV but whose immune system was controlling their infection such that their HIV viral load was undetectable. An ideal self-test kit would detect both HIV RNA and HIV antibodies. Despite this, I believe the research priority should be the development of a self-test kit that detects HIV RNA to identify people at risk for transmitting the virus and people at greatest need for antiretroviral therapy.

The second priority of [further] research is the development of test kits that can be used more globally, including in low- and middle-income countries. Access to kits that are inexpensive, safely disposable, and do not require special handling such as refrigeration would go a long way toward achieving this goal.

The third area of research involves the capacity to monitor the self-test result and transmit the results electronically to a designated provider. In this way, each positive test result is assured a call and establishment of follow-up care. 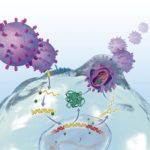