A flexible, scalable intervention increases antiretroviral therapy (ART) and medication-assisted treatment use while reducing mortality in people who inject drugs (PWID), according to study results published in The Lancet.

The burden of HIV incidence is disproportionately high in the PWID population, especially in southeast and central Asia and Eastern Europe. This HIV epidemic in PWID persists due to low rates of HIV testing, insufficient access to and use of HIV prevention services and HIV care, poor access to treatment for substance misuse and harm-reduction services, and persistent social barriers such as stigma and punitive legal systems. Enhancing HIV care engagement could increase uptake of ART, viral suppression, and survival, while also possibly reducing transmission to injection partners who are not HIV-infected. Therefore, this multi-site, randomized study (ClinicalTrials.gov identifier: NCT02935296) assessed the feasibility of a future controlled trial based on the incidence of HIV, enrollment, retention, and uptake of the intervention, as well as the efficacy of an integrated and flexible intervention on ART use, viral suppression, and medication-assisted treatment use.

This study was conducted in Kyiv, Ukraine; Thai Nguyen, Vietnam; and Jakarta, Indonesia. PWID infected with HIV (n=503) and non-infected injection partners (n=806) who age 18 to 60 were included. PWID with >1000 HIV viral copies/ml were randomly assigned to intervention (25%) or standard of care (75%). The intervention comprised systems navigation, psychosocial counselling, and ART at any CD4 count. Participants were followed for up to 12 to 24 months.

Overall, the study authors concluded that, “Increasing the uptake of ART and [medication-assisted therapy] services combined with standard harm reduction services for PWID who have HIV will probably reduce mortality among HIV-infected PWID, and possibly, among their uninfected injection partners. To reach this population, flexible, innovative, low-cost, scalable programs are needed to support sustained use of ART and [medication-assisted treatement].” 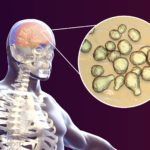 Cryptococcal Meningitis May Be Linked With Higher Mortality in PLWHIV