The labeling now includes 144-week efficacy, resistance, and safety data from 2 studies in antiretroviral treatment-naive adults. The pooled data of 1733 adults from Study 104 and Study 111 showed that patients treated with Genvoya had lower rates of nausea (11% vs 13%) and diarrhea (7% vs 9%) compared to patients treated with Stribild. The frequency of headache (6% vs. 5%) and fatigue (5% vs. 4%) were slightly higher in the Genvoya group vs the Stribild group. Moreover, there was a lower mean percentage change in bone mineral density from baseline to Week 144 in the Genvoya group vs Stribild (lumbar spine: -0.92% vs -2.95% and total hip: -0.75% vs-3.36%). At Week 144, the analysis further showed that patients receiving Genvoya had higher increases in serum lipids vs patients receiving Stribild.

Under drug interactions, new clinical comments regarding concomitant systemic/inhaled/nasal/ophthalmic corticosteroids (eg, betamethasone, budesonide, ciclesonide, dexamethasone, fluticasone, methylprednisolone, mometasone, prednisone, triamcinolone) have been added. Coadministration with oral dexamethasone or other systemic corticosteroids that induce CYP3A may lead to reduced therapeutic effect and development of resistance to elvitegravir; other corticosteroids should be considered. Also, concomitant corticosteroids whose exposures are significantly increased by strong CYP3A inhibitors can raise the risk for Cushing’s syndrome and adrenal suppression. Generally, alternative corticosteroids (eg, beclomethasone, prednisolone) whose pharmacokinetics/pharmacodynamics profiles are less affected by strong CYP3A inhibitors, should be considered, particularly for long-term use.

Genvoya combines an HIV-1 integrase strand transfer inhibitor (INSTI), a pharmacokinetic enhancer, and nucleos(t)ide analogue reverse transcriptase inhibitors. It is indicated as a complete regimen for HIV-1 infection in patients who are antiretroviral treatment-naïve or to replace current antiretroviral (ARV) regimen in virologically-suppressed (HIV-1 RNA <50 copies/mL) patients on a stable ARV regimen for ≥6 months with no history of treatment failure or no known substitutions associated with resistance to any components of Genvoya. It is available as 150mg/150mg/200mg/10mg strength tablets in 30-count bottles. 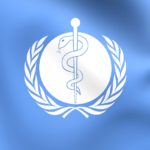 WHO Urges for Action Plan to Tackle HIV Drug Resistance