Avirulins may provide a valuable chemical foundation for the development of the next generation of prophylactic medications for HIV-1 in women, according to results of a study presented at American Society of Microbiology (ASM) Microbe 2019 held from June 20-24, 2019, in San Francisco, California.

Although much progress has been made in decreasing the risk for transmission of HIV and in the prevention of mortality in people living with HIV, recent developments in resistance to antiretroviral medications has created a new concern for people living with HIV. Specifically, there is concern for women at risk for HIV because few therapies are effective in the mucosa of the female genital tract. 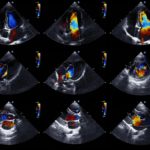 Cardiac Abnormalities in Children With HIV From HIV-Related Heart Disease