An analysis of government spending published in The Lancet HIV concluded that some governments may be able to mobilize more domestic resources to combat HIV/AIDS, freeing up additional developmental assistance for mainly low-income, high-prevalence countries without this ability.

Developmental assistance for HIV/AIDS has decreased by approximately 2.2 billion dollars (20%) since 2012. However, in 2016, roughly 17 million people living with HIV/AIDS (nearly 50% of the global population of people living with the illness) lived in countries where development assistance financed more than 75% of spending on care and treatment. Therefore, investigators evaluated 8589 data points regarding spending on HIV/AIDS in order to determine whether domestic resources could fill this gap.

Researchers used spatiotemporal Gaussian process regression to estimate a complete time series of spending by domestic sources and spending category, prevention, and care and treatment from 2000 to 2016 for 137 low-income and middle-income countries (LMICs). A stochastic frontier analysis, conditional on the country’s health budget and other financial, economic, and contextual factors, was used to estimate additional government spending. All results were reported in 2018 United States dollars.

During this time period, the share of resources sourced from development assistance increased from 33.2% (95% UI, 21.3 -45.0) to 46.0% (95% UI, 34.2 -57.0) and care and treatment spending per year on antiretroviral treatments varied across countries, evidenced by an interquartile range of $284 to $2915.  According to the analysis, there is an additional $12.1 billion available (95% UI, 8.4-17.5) globally that could be mobilized by governments of LMICs to combat HIV/AIDS, most of which is concentrated in the following 10 middle-income countries: Argentina, China, Colombia, India, Indonesia, Mexico, Nigeria, Russia, South Africa, and Vietnam.

Investigators noted that this analysis is not meant to describe how much countries should spend on HIV/AIDS and that comparisons with other studies are difficult because of differences in what is being studied and measured. They also noted that many regression models assume that the potential for countries to spend more is completely explained by the residuals of the models that tend to ignore data uncertainty.

According to the study authors, significant declines in mortality and the incidence of HIV/AIDS were fueled by unprecedented commitments from the international community. However, despite substantial contributions by LMICs, many of these countries still require aid and “sustained contributions by the international community and by governments of LMICs will be required to end AIDS by 2030.” 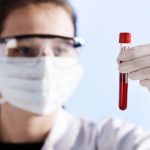