Adopting suitable protocols for early diagnosis of sexually transmitted infections (STIs) is necessary to allow implementation of prevention measures that will safeguard public health, according to study results published in the Journal of the European Academy of Dermatology and Venereology.  In addition, there is a need for accurate epidemiologic information concerning the distribution of sexually transmitted diseases (STDs), which is important for targeting and developing screening and intervention programs.

Screening tests conducted in higher risk populations for HIV, hepatitis B virus (HBV), hepatitis C virus (HCV), and syphilis generally result in a higher number of positive tests vs those in the general population. In Modena, Italy, the Test & Counselling Ambulatory of Infectious Disease Clinic and the Sexually Transmitted Diseases Ambulatory of Dermatology Unit began a collaboration in 2010 that resulted in the development and adoption of a common diagnostic serologic profile in 2013. The study aimed to evaluate the results of screening tests performed at the clinics and compare them with those obtained prior to the shared protocol.

“Population screening, especially of the high-risk subgroups that engage in risky sexual behaviors, is very important for an early diagnosis and treatment of HIV, HBV, HCV, and syphilis infections and co-infections,” wrote the researchers. “Constant seroepidemiological surveillance would seem to be essential to monitor their prevalence and control their transmission through an appropriate counselling, therapies and vaccination programs, wherever possible.” 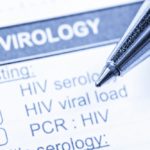