Transgender women are a fast-growing and disenfranchised population of HIV-positive people in the United States, but few opportunities are available for transgender individuals to be involved in HIV research. Including the transgender community in HIV studies is necessary to design preventive and curative approaches that can be applied across the entire spectrum of genders.

In the first of a 2-part series, Sara Gianella, MD, on behalf of Infectious Disease Advisor, talks with Sheldon Morris, MD, associate professor of medicine at the University of California San Diego (UCSD) AntiViral Research Center about an upcoming pre-exposure prophylaxis (PrEP) study in transgender individuals that will look at understanding HIV prevention within this population, uptake of PrEP, adherence to treatment, and other issues unique to this group.

Sheldon Morris, MD: Yes. There is evidence that transgender women are at significantly higher risk for HIV infection with a nearly 50-times increased risk of HIV acquisition compared to the general population.1

The Centers for Disease Control and Prevention (CDC) is collecting more precise data for the transgender population. From their current estimates, approximately one-quarter of all transgender individuals in the United States are infected with HIV, and transgender women of color have the highest prevalence with a more than 50% infection rate.2 The prevalence of HIV among transgender men seems to be significantly lower (≤3%), but transgender men who have sex with men are also at substantial risk for acquiring HIV.3 Unfortunately, many transgender people living with HIV are unaware of their HIV status, and this numbers might be underestimated.

Infectious Disease Advisor: What puts transgender individuals at increased risk for HIV?  Is it associated with higher-risk behavior or are there biological reasons?

Dr Morris: Many transgender people live in a context of social discrimination and lack of legal recognition, and they are often excluded from employment and educational opportunities. This means that transgender people have less power in controlling their lives. This undermines their sexual relationships in terms of being able to pursue prevention (such as using a condom), and many are involved in sex work for survival. Recreational drug use is also frequent and is associated with increased risk for HIV transmission. While social and behavioral factors are likely crucial, the biology associated with HIV transmission in the transgender population is largely understudied. For example, we do not know how HIV penetrates in neo-vaginal tissue, how hormonal therapy might affect HIV transmission, or if PrEP is equally effective in transgender individuals. More studies are needed to understand what factors are associated with transmission of HIV specifically in the transgender population.

Infectious Disease Advisor: Dr Morris, your team is about to start a large clinical trial in Southern California on delivering PrEP to transgender people.  Can you describe this project?

Dr Morris: Truvada® (emtricitabine and tenofovir disoproxil fumarate [TDF]) was approved by the US Food and Drug Administration in 2012 as a PrEP drug. Several studies across the United States and in California, in particular (in San Diego, Los Angeles, and Oakland, for example), demonstrated that Truvada provided protection from HIV infection. However, these early trials enrolled almost exclusively men who have sex with men (MSM), and very few were identified as transgender.

From the beginning of the epidemic, transgender people have rarely been considered as a separate risk population and their data were merged with those of MSM. It became quite evident that the transgender community was not interested in becoming part of another study in which they were treated as MSM. Transgender people are not the same as MSM and need to be studied separately. The California HIV/AIDS Research Program (CHRP) recognized this need and provided funding for studies designed specifically for the transgender population to understand HIV prevention in general, uptake of PrEP, adherence to treatment, and other issues that may occur (such as hormone use and drug penetration in neo-vaginal tissue).  One of these new initiatives is about to start in Southern California and includes 5 sites: 2 in San Diego (Family Health Centers and at UCSD) and one site each at LA LGBT, USC, and Harbor-UCLA. Another similar study is opening in Northern California with multiple sites in the Bay area and Sacramento.

Infectious Disease Advisor: Why is it important to study PrEP specifically in transgender people? Do you expect any differences in efficacy between transgender individuals and cisgender men and women? Or is it mostly a problem with outreach?

Dr Morris: The question of efficacy is still open, since we have very little experience with transgender individuals from previous studies. Even though Truvada is currently indicated for use broadly also in transgender populations, more studies are needed to tackle this question. Interestingly, for the iPrEx clinical trial (ClinicalTrials.gov identifier: NCT00458393),4 the original publication only indicated that 1% of the participants were transgender. However, on a subsequent re-analysis and after re-classifying participants (according to self-reported gender identity, reporting a different gender than at birth, or men taking feminizing hormones), the authors found that up to 14% of their subjects were possibly transgender, mostly within non-US sites.5

In this secondary analysis of IPrEx data, there was no difference in efficacy between the PrEP group and the placebo group for transgender people. The most important finding was that among active-arm participants, the drug was detected in only about 18% of the transgender participants. This was much less than that seen in the overall group and suggests that adherence to treatment might be a particularly challenging issue in this population. All of the transgender women who seroconverted in the PrEP arm of the study had no detectable TDF in their blood, suggesting that they did not take the medication as prescribed. On the other hand, there were no HIV infections among those transgender participants who had adequate drug concentrations in blood. More prospective studies are needed to confirm that the efficacy is the same and that drug levels are the same as what we would expect.  In fact, one of the main goals of our upcoming PrEP study is to assess adherence and to compare it with measured drug levels in blood. 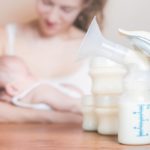