Men with HIV who are antiretroviral (ART)-adherent run the risk of cognitive decline due to high cholesterol and the APOE4 allele genotype, according to a study published in Clinical Infectious Diseases. These risk factors are independent, and may be mitigated by dyslipidemia treatment, researchers say.

Shibani S Mukerji, MD, PhD, of the Department of Cancer Immunology and Virology at the Dana-Farber Cancer Institute and The Department of Neurology at Massachusetts General Hospital in Boston and colleagues performed a longitudinal nested study of 273 HIV-1 positive men aged 50-65 who were ART-adherent. The men had 400 copies/ml baseline HIV RNA and were compared with a control group of 516 non-HIV infected men who had matching sociodemographic variables.

According to the study, the researchers used mixed-effects models to examine associations between cognitive decline, lipid markers, and the APOE4 allele genotype.

Dr Mukerji and colleagues explained that the use of statins decreased the amount of cognitive decline (P = .02).

In an interview with Infectious Disease Advisor, Dr Mukerji said that, “Given current interest in understanding the benefits of statins for treatment of dyslipidemia in HIV-infected individuals, we anticipate that further studies will investigate the effects of statins on midlife cognitive function in HIV-infected individuals within the next year.”

When asked what practicing physicians should take away from the study, Dr Mukerji said, “this study holds clinical relevance for HIV-providers because it suggests that early clinical management of dyslipidemia may be important not only for reducing cardiovascular risk, but also for reducing cognitive decline in HIV-infected men over age 50.” 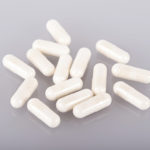 Can Probiotics Help Ease Symptoms in Patients With HIV?