On-demand HIV pre-exposure prophylaxis (PrEP) was a safe and effective alternative to daily PrEP use, according to results of a study published in Lancet HIV.

Between May 2017 and May 2019, researchers conducted a prospective cohort study (ClinicalTrials.gov, NCT03113123) at 26 sites in France among HIV-negative adults at increased risk for HIV infection who were either initiating or continuing PrEP treatment. The researchers assessed the effectiveness, adherence, and safety associated with on-demand vs daily PrEP use. Daily PrEP included a fixed-dose combination of tenofovir disoproxil and emtricitabine (245/200 mg). On-demand PrEP followed a 2-1-1 dosing schedule in which a loading dose is used 2 to 24 hours before sexual activity followed by a third and fourth dose 24 and 48 hours later, respectively. Tenofovir diphosphate and emtricitabine triphosphate concentrations were measured via dried blood spots, and patients self-reported PrEP adherence. The primary outcome was the incidence of HIV infection.

The researchers noted that the incidence of severe adverse events (AEs) was similar among both patient groups (IRR, 1.17; 95% CI, 0.89-1.53). Although the incidence of treatment-related AEs was low overall (IRR, 0.80; 95% CI, 0.89-1.53), a significantly increased rate was noted among patients in the on-demand vs daily PrEP groups (IR, 7.42 vs 5.93 per 100 person-years). Of note, 2 patients from each group discontinued PrEP due to gastrointestinal-related AEs.

Study limitations included the lack of randomized group allocation, the lack of a control group, and the number of patients lost to follow-up. These results also may have limited generalizability as the majority of patients were MSM residing in France.

According to the researchers, “additional studies are needed to assess whether on-demand PrEP could be used in other populations at high risk of HIV infection, or with other antiretroviral drug combinations…” 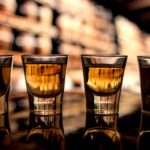