People living with HIV (PLWHIV) with heart failure (HF) are at elevated relative and absolute risk for sudden cardiac death (SCD), according to a study published in Journal of the American College of Cardiology.

Researchers created a prospective observational registry of all patients with a primary diagnosis of acute decompensated HF who were admitted to Bronx-Lebanon Hospital Center of the Icahn School of Medicine in the Bronx, New York, in 2011. HIV ICD-9 codes were used to identify PLWHIV (n=344), leaving a group to serve as uninfected controls (n=1805). The follow-up period began on the date of discharge from the patient’s first hospitalization for HF in 2011. The occurrence of SCD was the primary outcome, with adjudications made by 2 individual reviewers.

After adjusting for confounding factors in a multivariate model, CAD was the strongest predictor of SCD, followed by a lower CD4 count. Among PLWHIV with a preserved LVEF, the SCD rate was higher compared with uninfected controls with preserved LVEF (18% vs 5.4%; P <.001).

Due to the unavailability of autopsy data, this study was limited by unconfirmed cases of primary cardiac deaths. The cause of death for 6% of patients was unavailable because they either died at home or in a different hospital. Researchers did not have data on pill counts or prescription refills and therefore could not assess adherence to treatment and diet.

The researchers suggested that the study “should act as a basis for consideration of strategies such as additional surveillance, temporizing strategies such as a LifeVest® where transient modifiable factors exist, or subcutaneous implantable cardioverter defibrillator (ICD) implantation in those in whom the infectious risk is still considered prohibitive.”

This article originally appeared on The Cardiology Advisor 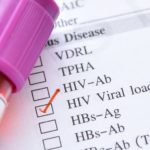