The majority of individuals who are coinfected with HIV and hepatitis C can achieve SVR with all oral direct-acting antiviral agents (DAAs), according to a review recently published in Clinical Infectious Diseases.

Approximately one-third of individuals living with HIV are also coinfected with hepatitis C due to shared routes of transmission. Coinfected individuals are a high priority for hepatitis C treatment because HIV accelerates the progression of hepatitis C.

Christine E. MacBrayne and Jennifer J. Kiser, of the Department of Pharmaceutical Sciences at the University of Colorado, Anschutz Medical Campus, Aurora, examined DAAs that have received regulatory approval in the United States and Europe in late stages of clinical development.

Several DAAs have achieved cure rates of >90% among patients with HIV. Sofosbuvir is used in combination with ribavirin or other DAAs to treat hepatitis C. It is not a substrate, inhibitor, or inducer of CYP enzymes, which gives it a low potential for drug interactions.

In the PHOTON-1 study, which evaluated the efficacy of sofosbuvir and ribavirin, the SVR rates for treatment-naïve participants were 76%, 88%, and 67% for genotypes 1, 2, and 3, respectively. Among treatment-experienced participants treated for 24 weeks, 92% and 94% of individuals with genotypes 2 and 3 achieved SVR.

Daclatasvir is primarily used with sofosbuvir in the United States. The combination treatment was evaluated in ALLY-2, which included treatment-naïve and treatment-experienced patients with genotypes 1 through 4. The SVR rate for all genotypes was 97% after 12 weeks of treatment and 76% after 8 weeks.

The researchers note that ledipsavir, simeprevir, and velpatasvir are also available for hepatitis C treatment in combination with sofosbuvir with comparable efficacy rates.

Grazoprevir and elbasvir are also available as a once-daily coformulated tablet that is approved for treatment of hepatitis C genotype 1 or 4 infection in adults. The C-WORTHY trial, which included 59 treatment-naïve participants with genotype 1 HIV and hepatitis C coinfection, showed SVR rates of 97% and 87% with and without ribavirin, respectively.

“In general, current therapies have well-characterized pharmacology and manageable drug interaction profiles, but opportunities remain to determine optimal doses and combinations of the DAAs in individuals with HIV coinfection,” the authors wrote. “A comprehensive understanding of the pharmacology and interaction potential of DAAs allows for informed and improved use of these agents.” 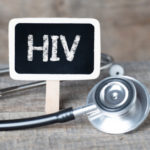 Ryan White HIV/AIDS Program Still in Use, Despite Increased Access to Insurance Through ACA