HIV treatment and virologic failure, and sustained viral response at 12 and 24 weeks were not different between individuals with HIV/hepatitis C co-infection who did or did not switch antiretroviral medication regimens before treatment with direct antiretroviral medication, according to study results presented at IDWeek 2019, held from October 2- October 6, in Washington, DC.

Of the 256 total participants, 25% were in the switch cohort. The most common baseline regimen in this group was protease inhibitor-based, while the most common baseline regimen for the no-switch group was integrase strand transfer inhibitor-based. The HIV/hepatitis C transmission risk factors, hepatitis C genotype, and alanine aminotransferase/aspartate aminotransferase (ALT/AST) were similar between the switch and no-switch groups. The percentage of participants with HIV treatment and virologic failure were also similar between the 2 groups, as were the proportions achieving sustained viral response at week 12 and sustained viral response at week 24.

The investigators concluded, “HIV treatment and virologic failure, and [sustained viral response at week 12 or 24] were not different among patients who did or did not undergo a switch in their [antiretroviral therapy] regimen prior to DAA treatment. This suggests that switches in ARV regimen for DAA treatment of HCV do not negatively impact HIV or HCV outcomes among patients with HIV/HCV Coinfection.” 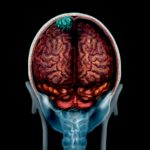 Neurologic Impairment May Persist in HIV Encephalopathy Despite Potent ART