There are no major differences in pregnancy outcomes for women with HIV related to receipt of protease inhibitors (PIs), non-nucleoside reverse transcriptase inhibitors (NNRTIs), or integrase strand transfer inhibitors (INSTIs), according to a study published in Infection.

Researchers used data from a national surveillance study on the use of antiretroviral treatment for pregnant women with HIV-1 between 2008 and 2018 (N=794) to evaluate a wide range of outcomes relevant to pregnant women with HIV. Eligibility criteria included the use of a 3-drug ART regimen, composed of an NRTI backbone plus a PI, NNRTI, or INSTI, without class-switching during pregnancy.

Of all the 794 pregnancies analyzed, 78.4% of women were exposed to a PI (n=623), 15.4% were exposed to an NNRTI (n=122), and 6.2% were exposed to an INSTI (n=49). During the study period, the use of INSTIs in the sample increased significantly in recent years (1.2% in 2008-2010 to 18.2% in 2015-2018; P <.001). Women who received PIs were less likely to be virologically suppressed in the third trimester; women receiving INSTIs were more likely to have delivery complications, specifically anemia or hemorrhage. The viral suppression rate in late pregnancy increased significantly during the study period (74.5% in 2008-2010 to 94.1% in 2015-2018; P <.001). Neonatal and infant outcomes, including birth weight and vertical transmission of HIV were similar across ART groups. Multivariate analyses adjusted for confounders demonstrated that the differences were not maintained.

Study limitations included the nonrandomized study design: The nonrandom dispersal of treatment may have caused spurious associations between the treatment group and outcomes. Also, the sample size was limited, particularly for integrase inhibitors, which may have reduced the power of the study to detect significant differences.

“Timing of start of antiretroviral treatment in pregnancy, affecting viral suppression at the end of pregnancy, has a significant impact on the risk of HIV vertical transmission,” the researchers noted. “The proportion of women in antiretroviral treatment at conception and with viral load suppressed in early pregnancy was significantly lower in the PI group. This condition determined a lower probability to achieve undetectable HIV-RNA at the third trimester of pregnancy in this treatment group. Minor differences of uncertain clinical relevance were found in laboratory indexes, confirming the specific metabolic profile of protease inhibitors already described in the general population. Such results are reassuring, and the information provided may be helpful in a context of preconception counseling and care when therapeutic choices for pregnancy are discussed between women and care providers.” 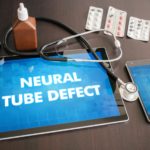