Countries ranking lower on the United Nations Human Development Index (HDI) carry a disproportionately higher burden of surgical site infections (SSIs) and may have higher rates of antibiotic resistance, according to research published in the Lancet Infectious Diseases.1

A prospective, multicenter, cohort study was conducted, which included 12,539 patients from 343 hospitals in 66 countries undergoing elective or emergency gastrointestinal resection (ClinicalTrials.gov identifier: NCT02662231). Countries were stratified into high, middle, or low income according to the HDI, and 30-day SSI incidence and relationships with explanatory variables were investigated.

The highest SSI incidence in each HDI group was after dirty surgery (an incision undertaken during an operation in which the viscera are perforated or when acute inflammation with pus is encountered during the operation): 17.8% of patients in high-HDI countries, 31.4% in middle-HDI countries, and 39.8% in low-HDI countries.

Incidence of SSI was consistently higher in low-HDI countries, even after adjusting for factors describing patients, diseases, procedures, safety, and hospitals. The highest rates of resistant infections were also found in low-HDI settings, and postoperative courses of antibiotics were longest for these patients. Although investigators did not recommend a change toward shorter antimicrobial treatments, an independent editorial published in the Lancet Infectious Diseases suggested that if resistance is an important contributor to SSI, then “an enhanced effort in antimicrobial stewardship will also need to be implemented.”2

“Findings provide the rationale to plan, fund, and perform high-quality surgical research that can effect change in health policy,” especially in low- and middle-income countries, the investigators concluded. 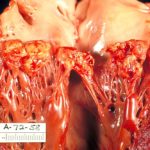