Continuous infusion of vancomycin as opposed to intermittent infusions of vancomycin was associated with earlier and improved attainment of target concentrations in infants, according to data from a randomized control trial published in Pediatrics.

This multicenter trial was conducted in 2 tertiary neonatal units over a 40-month period.  A total of 111 infants aged 0 to 90 days who required vancomycin treatment were randomly assigned to either continuous or intermittent infusion of vancomycin. A total of 104 were included in the intention-to-treat analysis.

Investigators noted that as this was the first randomized controlled trial of vancomycin dosing in infants, they were unable to recruit sufficient sample sizes to assess a difference in vancomycin-related nephrotoxicity or infection-related mortality. The trial also did not analyze the costs of continuous vs intermittent infusion of vancomycin, but evidence from trials in adults suggest a significant reduction in costs with continuous infusion. Investigators also noted that audiology assessments were not done because “the ototoxicity of vancomycin is controversial, particularly in a population of premature infants receiving concomitant aminoglycosides.” However, area under the curve to minimum inhibitory concentration ratios were calculated and will be reported separately. 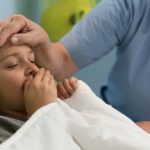