Antibiotic use within the previous 3 months and Middle Eastern ethnic background were risk factors for community-acquired urinary tract infection (UTI) caused by extended-spectrum β-lactamase (ESBL)-producing Escherichia coli in children treated at the Children’s Hospital of Michigan, according to study results published in Infectious Diseases.

In this single center retrospective study, researchers identified 111 cases of community-acquired UTI caused by ESBL-producing E coli from January 2012 to December 2016 and matched patients by age, gender, and year of infection to 103 control cases of community-acquired UTI with non-ESBL-producing E coli. The median ages in both groups was 4 years (range: 1 month to 18 years), and most patients were female (83% in ESBL group and 88% in non-ESBL group).

During the 5-year period, the percentage of ESBL-producing E coli UTI ranged from 7% to 15% of all UTI cases. ESBL-producing strains were more frequently resistant to trimethoprim-sulfamethoxazole (72% vs 25%) and ciprofloxacin (73% vs 5%) than strains not producing ESBL.

Because of inconsistent documentation of symptoms, history, and physical examination results, researchers were unable to distinguish upper and lower UTI.

The study authors noted that “further investigation of the impact of antibiotic prophylaxis on the prevalence of UTIs with ESBL-producing E coli are warranted,” because “18% of patients with prior antibiotic use in the ESBL group were on long-term trimethoprim-sulfamethoxazole prophylaxis for [vesicoureteral reflux].” 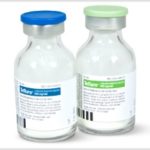