An international panel of experts convened to develop evidence-based recommendations for clinicians caring for children with septic shock and other sepsis-associated organ dysfunction. The recommendations were published in Pediatric Critical Care Medicine and despite some challenges stemming from relatively low-quality evidence surrounding most aspects of care, the panel believes these recommendations provide a foundation for consistent care to improve outcomes and guide future research.

Sepsis is a leading cause of pediatric morbidity, mortality, and healthcare utilization. Approximately 1.2 million cases of childhood sepsis occur every year, of which >4% of hospitalized children require care in an intensive care unit. Mortality related to sepsis ranges from 4% to 50%, depending on location of care, severity of illness, and individual risk factors. To address this, the Surviving Sepsis Campaign was formed in 2011, via a joint venture by the Society of Critical Care Medicine, the European Society of Intensive Care Medicine, and the International Sepsis Forum. The first guidelines for sepsis were issued in 2011 and updated every 4 years subsequently; after the 2016 review, a decision was made to create a dedicated task-force panel for the management of guidelines for the care of sepsis in adults and children.

The panel was composed of 49 international experts representing 12 international organizations, along with 3 methodologists and 3 public members. The intended objective of this panel was the revision of sepsis guidelines for patients who were >37 weeks gestation at birth to those aged 18 years. The panel was divided into 6 subgroups covering recognition and management of infection, hemodynamics and resuscitation, ventilation, endocrine and metabolic therapies, adjunctive therapies, and research priorities.

Systematic reviews of population, intervention, control, and outcomes (PICO) questions were performed to identify the best available evidence and to statistically summarize the evidence; a total of 67 such questions were identified. Next, the quality of evidence from each PICO question was assessed using the Grading of Recommendations Assessment, Development, and Evaluation (GRADE) approach. Recommendations were then presented as strong or weak or as a best practice statement using an evidence-to-decision framework. For 13 questions in which evidence was not sufficient to give a recommendation but the panel felt that some guidance based on practice patterns was warranted, 10, “in our practice” statements were used.

A total of 77 recommendations for the management and resuscitation of children with septic shock and other sepsis-associated organ dysfunction were provided by the panel. Of these, 6 were noted as strong recommendations; 1 with a high quality of evidence. Of note, the panel highlighted 9 pieces of guidance for best practices that were intended to be strong recommendations because the resultant benefit or harm was considered unequivocal, although the evidence could not be summarized or assessed using GRADE methodology. The remaining 62 statements were weak recommendations, as a result of a paucity of data. Further, 49 research priorities were identified.

The 77 guideline statements were summarized in 14 categories, 8 of which did not contain any strong recommendations or best practice statements. These categories were: hemodynamic monitoring, vasoactive medications, corticosteroids, nutrition, blood products, plasma exchange including renal replacement and extracorporeal support, immunoglobulins, and prophylaxis.

In the category of source control, the panel strongly recommended the removal of intravascular access devices that have been confirmed to be the source of sepsis or septic shock after other vascular access has been established. However, they recommended evaluation of the causative pathogen and the risks/benefits of a surgical procedure and noted low-quality evidence support for this.

Regarding fluid therapy, 2 recommendations were made. Based on high-quality evidence from the FEAST trial, a strong recommendation was made against bolus fluid administration in patients who did not have hypotension and were being managed at institutions with no intensive care units because of the increased mortality risk compared with maintenance fluids only. On the strength of moderate-quality evidence, the panel also recommended against the use of starches in the acute resuscitation of children with septic shock or other sepsis-associated organ dysfunction. Although no studies have evaluated the use of starches in children, 2 large randomized clinical trials in adults demonstrated increased mortality risk, coagulopathy, and acute kidney injury in patients who received starches compared with other fluids.

For the topic of ventilation, a single strong recommendation based on low-quality evidence was made against the routine use of inhaled nitric oxide in all patients with sepsis-induced pediatric acute respiratory distress syndrome. Inhaled nitric oxide therapy is primarily targeted to treating pulmonary arterial hypertension, which is not the pathophysiology of pediatric acute respiratory distress syndrome. However, in children with documented pulmonary hypertension or severe right ventricular dysfunction, inhaled nitric oxide treatment may be considered.

Endocrine and metabolic recommendations contained 1 strong recommendation with moderate-quality evidence: the panel recommended against insulin therapy to maintain glucose target at or below 140 mg/dL. Instead, the panel reported they could not issue a recommendation, although they did reach a consensus that treatment should target blood glucose levels <180 mg/dL. There was no consensus regarding the lower limit of the target range.

All 9 best-practice recommendations were centered on antibiotic therapies.

The panel recommend implementing an institution-based protocol for the management of children with septic shock or other sepsis-associated organ dysfunction. Antimicrobial dosing strategies should be optimized based on published principles on pharmacokinetics/pharmacodynamics and with consideration of specific drug properties. The duration of antimicrobial therapy should be adjusted according to the site of infection, causative pathogen, response to treatment, and ability to achieve source control. Emergent source control intervention should be implemented as soon as possible after a diagnosis of an infection that is amenable to a source control procedure is made.

Further, the panel recommended obtaining blood cultures before initiating antimicrobial therapy, except in situations that would substantially delay antimicrobial administration. Antibiotic therapy should start with empiric broad-spectrum therapy with >1 antimicrobials to cover all likely pathogens. Once the microbe is identified and sensitivities are available, empiric antimicrobial therapy coverage should be narrowed. If no pathogen is identified, empiric therapy should be narrowed or stopped depending on clinical presentation, site of infection, host risk factors, and adequacy of clinical improvement, in consultation with infectious disease clinicians.

In addition, the guidelines highlighted that “[in] children with septic shock or sepsis-associated organ dysfunction who are receiving antimicrobials, we recommend daily assessment (eg, clinical, laboratory assessment) for de-escalation of antimicrobial therapy”

According to the investigators, “on review of these evidence-based analyses, it is clear that, for many PICO questions, the literature review failed to identify sufficient data to develop strong (or even weak in some instances) recommendations for critically ill children with septic shock or other sepsis-associated organ dysfunction.” The panel guidelines did, however, identify gaps that can inform future research, including 52 potential research questions: 29 were pathophysiology questions and 23 randomized control trials. This research can be used to develop future iterations of the guidelines and create a cycle in which growing bodies of evidence increase the number of strong recommendations. 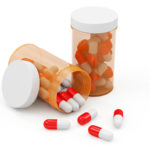