HealthDay News — A statewide indoor mask mandate will be reintroduced in California and last one month, officials in America’s largest state said.

“To ensure that we collectively protect the health and well-being of all Californians; keep schools open for in-person instruction; and allow California’s economy to remain open and thrive, the California Department of Public Health [CDPH] is requiring masks to be worn in all indoor public settings, irrespective of vaccine status, for the next four weeks (Dec. 15, 2021, through Jan. 15, 2022),” the CDPH said in a statement.

The agency said the order was triggered by a 47 percent spike in the state’s per-capita rate of new COVID-19 cases during the past two weeks, as well as a 14 percent rise in hospitalizations. “Given the current hospital census, which is at or over capacity, even a moderate surge in cases and hospitalizations could materially impact California’s health care delivery system within certain regions of the state,” the CDPH explained.

Experts are concerned that the emergence of the highly contagious omicron variant might trigger such a surge.

On June 15, California lifted its statewide mask mandate for vaccinated people, but some county governments have implemented their own mask mandates as cases soared due to new coronavirus variants, the Associated Press reported. The new mandate now covers everyone else in the state. On Monday, state officials were unclear about whether the statewide mask mandate will be enforced. Enforcement will likely be stronger in some places than others.

“We know that there’s going to be people who don’t necessarily agree with this, who are tired, who aren’t going to mask,” California Health and Human Services Secretary Mark Ghaly, M.D., told the AP on Monday. “We hope that those are few and far between, that most people see the purpose of doing this over the next month as something to protect them and their communities during a very tough time.” 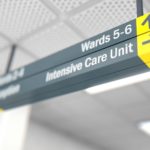 Creating Healthy Work Environments for NPs During the COVID-19 Pandemic