HealthDay News — Medicaid expansion under the Affordable Care Act (ACA) was associated with an increase in two-year overall survival among patients newly diagnosed with cancer, according to a study published online May 18 in the Journal of the National Cancer Institute.

A total of 2,555,302 patients diagnosed with cancer were included from Medicaid expansion and nonexpansion states (1,523,585 and 1,031,717, respectively). The researchers observed an increase in two-year overall survival from 80.58 to 82.23 percent pre- to post-ACA in expansion states and from 78.71 to 80.04 percent in nonexpansion states, resulting in a net-increase of 0.44 percentage points (ppt) in expansion states. The net increase was greater for colorectal cancer, lung cancer, non-Hodgkin lymphoma, pancreatic cancer, and liver cancer (DD, 0.90, 1.29, 1.07, 1.80, and 2.57 ppt, respectively). Non-Hispanic Black patients had a greater improvement in two-year overall survival (DD, 0.72 ppt), as did patients residing in rural areas (DD, 1.48 ppt).

“Our study shows that the increase was largely driven by improvements in survival for cancer types with poor prognosis, suggesting improved access to timely and effective treatments,” Han said in a statement. “It adds to accumulating evidence of the multiple benefits of Medicaid expansion.” 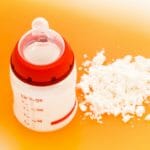