Older patients with poor health, health behaviors, social support, and self-efficacy are more likely to have an unexpected readmission to the hospital, according to results presented at the American Public Health Association 2018 Annual Meeting and Expo, held November 14 to 17 in San Diego, California.

Using data from the 2000 to 2012 Health and Retirement Study/Medicare dataset, the researchers identified participants aged 65 years or older with eligible index admissions and 30-day unplanned readmissions. The researchers identified participants with the greatest and lowest risk for readmission, characterizing them by sociodemographic, clinical, health behavior, and social support profiles.

Participants in the highest-risk group were more likely to smoke (14.2%) and less likely to regularly engage in vigorous physical activity (2.3%) compared with those in the lowest-risk group (3.4% and 41.4%, respectively).

The researchers also found that participants with the highest risk for readmission had lower positive social support, lower self-mastery, greater constraint, and greater neighborhood disorder compared with those in the lowest-risk group.

“This descriptive study suggests that long-term care and social support, as opposed to high-tech hospital care, may be of benefit to patients most at risk for hospital readmissions,” the researchers concluded. 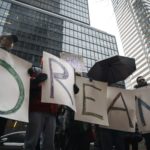