According to a study published in JAMA, modeled estimates of the country’s spending on personal and public healthcare significantly increased from 1996 through 2013. The highest amounts of spending were seen on diabetes, ischemic heart disease, and low back and neck pain.

U.S. healthcare spending now comprises >17% of the country’s economy. Not much is known, however, about the spending on each condition varied by age and across time. Study authors aimed to systematically and comprehensively estimate U.S. spending on personal and public healthcare by analyzing government budgets, insurance claims, facility and household surveys, and official U.S. records from 1996–2013. A total of 155 conditions totaling $30.1 trillion were analyzed.

“For each record, spending was extracted, along with the age and sex of the patient, and the type of care,” described lead study author Joseph L. Dieleman, PhD, of the Institute for Health Metrics and Evaluation, Seattle, WA. “Spending was adjusted to reflect the health condition treated, rather than the primary diagnosis.”

The top 10 most costly health expenses in 2013 were as follows:

Diabetes, totaling $101.4 billion in diagnoses and treatments, rose 36 times faster than the cost of ischemic heart disease over the last 18 years. While the top two conditions commonly affect patients aged ≥65 years, the third most expensive condition was found to primarily affect adults of working age.

Other costly conditions among the top 20 included musculoskeletal disorders such as tendinitis, carpal tunnel syndrome, and rheumatoid arthritis. Because cancer was disaggregated into 29 conditions, it was not included in the leading causes of spending.

Findings from this comprehensive review may help both short- and long-term efforts to control U.S. healthcare spending. 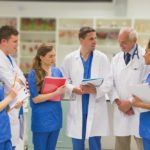