In 1983, Jon Stuen-Parker was a medical student. He wasn’t a by-the-book overachiever who walked the straight-and-narrow path to admission at a top medical school — his route to Yale was more interesting than that. When he was young, Mr Stuen-Parker was a drug addict. He used to break into pharmacies to find a fix. He dropped out of high school. He got sent to prison.

But going to jail turned his life around. After his release, Mr Stuen-Parker found his way to college, dutifully completing all the prerequisites for medical school. He arrived at the Yale School of Medicine in 1980, with the world of drugs firmly behind him.

Or so he thought.

Sitting in lecture one day, Mr Stuen-Parker was aghast to hear a guest lecturer implore the students not to waste their time with drug addicts. “They’ll never change their behavior,” the speaker declared. The words shook something loose in Mr Stuen-Parker. He was, after all, living, breathing, sober proof to the contrary.

His first move was to start an educational outreach program for drug users in Yale’s New Haven community. Soon, he expanded his efforts to teaching drug addicts in Boston about the threat of AIDS and the dangers of sharing hypodermic needles. Within a few years, Mr Stuen-Parker and a few Yale classmates had opened a brick-and-mortar outreach center in New Haven. His quest to provide drug users with clean needles, however, took an enormous personal toll: Jon Stuen-Parker was arrested 27 times and was kicked out of Yale. Still, he spent the better part of the next decade trekking up and down the Eastern Seaboard, personally spreading the gospel of clean needles and harm reduction the only way he could: one patient at a time.1

Mr Stuen-Parker’s activism put him at the leading edge of a new school of thinking, one that conceived of drug addiction primarily as a public health issue. It also made him (once again) a criminal.

The lion’s share of his activism revolved around the distribution of clean needles to drug users — all well and good — except that statutes all across the United States categorized the free distribution of hypodermic needles as the possession and distribution of drug paraphernalia. Those laws were meant to legislate abstinence,2 and at the time, their logic was hardly questioned in policy circles: if it was illegal to possess hypodermic needles, then hypodermic needles would be harder to acquire, drug use would be more difficult — or at least more expensive — and the epidemic of abuse would peter out. Besides, intravenous drug use was clearly linked with criminal activity and urban blight; anything short of actively disrupting the public’s supply of needles was seen as surrendering to the criminal element.

Mr Stuen-Parker thought this was madness. He was sure that, whatever the law’s intent, its practical consequence was to force drug users to share needles, which dramatically increased their exposure to HIV and hepatitis B and C virus. In his mind, dirty needles were a disease vector, no different than mosquitos abetting the spread of malaria. When it came down to it, Mr Stuen-Parker and the legal system had entirely different views on drug addiction. Where he saw a public health challenge, the legal system saw a criminal justice problem.

History has vindicated Mr Stuen-Parker’s efforts. Investigations have demonstrated that needle exchange programs reduce rates of HIV and hepatitis transmission and don’t contribute to increased drug use.3 But the debate was pitched. Strange bedfellows — law enforcement, public health officers, politicians — stood arm in arm behind the idea that legalized needle exchanges would cause drug use to spiral while doing nothing to halt the blood-borne disease epidemics tearing through America’s inner cities. And while the public at large was at best deeply ambivalent, minority communities were genuinely concerned that needle exchange was actually the tip of the spear of a government-sponsored genocide.4 The deck was stacked against the exchanges.

Part of the problem was that Mr Stuen-Parker didn’t really have much in the way of evidence-based support for his position. He certainly hypothesized that pulling dirty needles from circulation would halt the spread of HIV, but nobody had seriously looked into it. And for good reason: putting together a study wasn’t just a matter of thinking up an experimental design and hoodwinking some undergrads into collecting the data. Possessing hypodermic needles — to say nothing of giving them away to known users of illegal drugs — was against the law. Putting together a proper study in 1983 was a daunting, but critical, challenge.

Today, supervised injection sites for intravenous drug users are trapped in much the same quandary that needle exchanges were in the mid-80s. The similarities are uncanny: supervised sites — designated, legally sanctioned spaces for addicts to use recreational intravenous drugs, like ones proposed in Philadelphia and New York5,6 — have been pitched as a way to limit the harm of public intravenous drug abuse, just like needle exchanges before them. The sites would also offer users a conduit to counseling or whatever other resources needed to kick their drug use habit. Injection sites approach drug use the same way needle exchanges do: as a public health rather than a criminal justice problem. And yet, the same cadre of powerful interests — politicians, law enforcement, community advocates — remain staunchly opposed, declaring that supervised sites will promote drug use and boost crime. Public support is inconsistent, and government lawyers appear poised to kill any initiatives before they get off the ground.7 Stop me if you’ve heard this before.

There is one difference, though. We have data in favor of supervised injection areas. Studies from Canada8 and Australia,9 for example, tell us that safe injection sites work. Overdoses are less common because there are always trained medical personnel available and naloxone on hand, and the availability of counseling services means that these sites don’t increase drug use.

Maybe all that’s missing is a Jon Stuen-Parker. 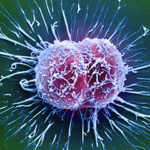