According to data published in Clinical Infectious Diseases, cat scratch disease presenting as fever of unknown origin (FUO) may be severe and debilitating and may mimic malignancy. Furthermore, relapsing fever is a common phenotype, as is multiorgan involvement, but recovery is usually complete, with the exception of patients with ocular complications.

Investigators made this first attempt to characterize cat scratch disease-associated FUO, because FUO is a rare manifestation of the disease and data regarding this association are limited, particularly in adults. Using data from a national cat scratch disease surveillance study conducted in Israel since 1991; disease manifestations and long-term clinical outcomes were studied.

The median age of patients was 35.5 years (range, 3-88 years) and median fever duration was 4 weeks (range, 2-9 weeks). Relapsing fever, weight loss, and night sweats were reported in 52%, 57%, and 42% of patients, respectively. In 59% of patients, ≥1 organ system was involved in the course of infection. Hepatosplenic space-occupying lesions, abdominal/mediastinal lymphadenopathy, ocular disease, and multifocal osteomyelitis were the most common manifestations. An initial radiologic interpretation of malignancy, particularly lymphoma, occurred in 21% of patients and 32% underwent diagnostic procedures. Only 59 patients were available for follow-up, 95% of whom had recovered completely from symptoms; however, 3 patients demonstrated ocular sequelae.

The study could not address the value of antibiotic therapy in this cohort because of its size and the heterogeneity of treatment regimens. It is also possible that the high hospitalization rate in the cohort is the result of selection bias and is not a reflection of the complexity of cases. However, the ongoing surveillance of cat scratch disease in Israel, combined with the centralization of diagnostic tests and clinical long-term follow-up, produced a database large enough to identify and characterize this infrequent syndrome. Using this database, investigators concluded that, “[cat scratch disease-associated] FUO is more common in adults and is characterized by prolonged fever which may have a continuous or relapsing pattern and multiorgan involvement.” 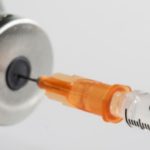