Members from the Asian Pacific Alliance on Helicobacter and Microbiota (APAHAM) asserted that Helicobacter pylori (H pylori) should be tested for and eradicated especially among individuals vulnerable for gastric cancer (GC). These findings, from a global consensus meeting, were published in Gut.

The APAHAM organizing committee selected 5 main topics covering H pylori and GC. They implemented the Delphi method for developing a consensus for the 26 formulated questions and sent alliance members supporting evidence for each statement. All members voted and indicated their support level for each statement. These guidelines included only statements that reached a level of at least 80% support.

The committee addressed the disease burden of H pylori and its association with GC. They agreed that, although the instance of GC was decreasing, new GC cancers remained high. Gastric cancer was the third-leading cause of cancer-related death worldwide. The incidence rates of GC were more prevalent in countries where H pylori was more common. The alliance attributed more than 85% of GC to H pylori infection.

The alliance members suggested that screening for H pylori at the population level where incidence or risk for GC was elevated may be a prudent policy. In those populations, a screen-to-treat strategy among young adults was the most cost-effective strategy. Screening young individuals reduces long-term risk for GC, and the eradication of H pylori also reduces transmission rates between the individuals and their children.

The guidelines stated the preferred method for H pylori screening was either the urea breath test, at the individual level, or the H pylori stool antigen test, at the population level.

When eradicating H pylori, the committee stressed that antibiotic choice was an important factor, as instance of antibiotic resistance is on the rise globally. The group recommended screening for antibiotic resistance in local communities before deciding on a treatment regimen tailored to the specific location. After H pylori is eradicated from a population, the observed reinfection rate has been low (4.3%), indicating that confirmation testing was not necessary.

Individuals who should be screened endoscopically for GC after H pylori eradication include persons with advanced gastric atrophy (every 2-3 years) or intestinal metaplasia (every year). Among these patients, genetic and epigenetic markers have been observed to be good tools for GC risk stratification.

These guidelines were limited by the evidence on which they were based. Many countries with high incidence rates of H pylori and GC did not have up-to-date or complete data.

The alliance members concluded that H pylori infections caused the vast majority of GC illnesses. As the global population ages, H pylori will remain a significant global medical concern. For this reason, H pylori eradication should be considered, as it reduces risk for GC, with few negative adverse effects. H pylori screening programs should be implemented in populations that are the most high-risk, using the strategy that is most cost-effective.

Disclosure: Multiple authors declared affiliations with industry. Please refer to the original article for a full list of authors’ disclosures. 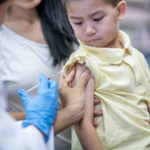