A highly efficacious herpes zoster subunit vaccine (HZ/su) may also lessen the incidence of HZ-complications in immunocompetent older adults, according to a study published in Vaccine.

Although some analyses of this study were done post hoc, results were consistent with the overall HZ/su efficacy against HZ: 97.2% in adults aged ≥50 years (ZOE-50) and 91.3% in adults aged ≥70 years (ZOE-50/ZOE-70). Based on these new results, the study investigators concluded that “vaccination with two doses of HZ/su substantially reduces the overall risk of HZ-associated complications among adults ≥50 years.”

Disclosure: This study was funded by GlaxoSmithKline Biologics. 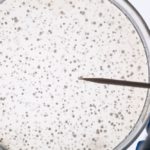 1980 to 2014 Saw Decrease in US Mortality From Infectious Diseases