On May 4, 2017, the United States House of Representatives passed two bills — H.R. 244, the Consolidated Appropriations Act,1 and H.R. 1628, the American Health Care Act (AHCA)2 — designed to repeal and replace the existing Affordable Care Act (ACA). The House Appropriations Bill for 2017 was enacted on May 5, 2017, while the AHCA moved on to the Senate for consideration.

Passage of these 2 bills leaves large holes in the funding of the proposed national approach to infectious disease (ID) control.

The Infectious Diseases Society of America (IDSA) released a statement3 expressing gratitude to Congress for the continued support for preventing IDs and funding to multiple agencies combating antimicrobial resistance, as well as boosts to research funding for the National Institutes of Health (NIH) and provisions for a new Emergency Reserve fund to respond to ID outbreaks, although the fiscal year (FY) 2017 funding is far less than is needed. “Most ID priorities received level funding or small increases in the omnibus spending bill,” IDSA President William Powderly, MD, reported to Infectious Disease Advisor.

Further, the FY2017 appropriations bill raised serious concerns about significant reductions in funding for many proposed programs to the FY2018 budget that will enhance research by the NIH and the Centers for Disease Control and Prevention (CDC). “While this is certainly preferable to a funding cut,” Dr Powderly said, “the reality is that our public health infrastructure and biomedical research enterprise need additional funding to protect the public from infectious disease threats such as antimicrobial resistance, vaccine-preventable diseases, and emerging infections, and to support the research and development of new antimicrobial drugs, vaccines, and diagnostic tests.  In addition, we are concerned that the omnibus bill will reduce funding for CDC’s vaccine programs, which is particularly worrisome given the current measles outbreak in Minnesota.” The Minnesota outbreak, which began in early May, is the largest in 27 years.4

Funding for human immunodeficiency virus (HIV) programs already in place was included in the omnibus spending plan for FY2017, a feature that was applauded by both the IDSA and the HIV Medical Association (HIVMA)3,5; however, it was not comprehensive. HIVMA Chair Wendy Armstrong, MD, expressed disappointment over decreased funding for Ryan White Part C, which supports HIV medical care for patients without other coverage, and CDC’s sexually transmitted disease (STD) prevention program in light of increases in national rates of STDs and the increased risk of HIV among STD-affected people.

Impact of AHCA Passage by Congress

The limitations to the FY2017 budget were compounded by the passage on the same day of the revised version of AHCA, which has several provisions with significant impacts on ID initiatives. The AHCA would eliminate the Prevention and Public Health Fund, which, as Dr Armstrong explained, accounts for more than 10% of the CDC budget (12%, according to Dr Powderly). “This funding is critical to building local capacity to detect and respond to infectious diseases, such as hepatitis C and HIV, and other public health threats,” Dr Armstrong said in a statement to Infectious Disease Advisor. “Abandoning this critical investment will set back public health and security.”

The 2 bills combined appeared to raise more concerns than they calmed, according to both agencies. “We are very concerned that in FY2018 we may see deep cuts in funding across healthcare programs based on the priorities outlined in the president’s budget blueprint,” Dr Armstrong noted, adding that the AHCA provides additional challenges to access to care and makes it difficult to address other issues such as stigma and appropriate levels of services. “Thankfully the AHCA is far from becoming law,” she observed. “The Senate is likely to modify the bill and any changes they make will then require re-consideration by the US House of Representatives.”

The uncertainty of the current healthcare funding environment is likely to have a ripple effect on research and clinical approaches to many IDs, Dr Powderly observed. He summarized a more expansive approach to national healthcare funding for the future that he sees as critical: “Biomedical research needs sustained, predictable funding to allow research projects that lead to life-saving breakthroughs to advance and to provide the next generation of scientists with a feasible career path. Our public health infrastructure also needs sustained investments to ensure we have the highly skilled workforce and technology needed to track and respond to outbreaks and prevent infection.” He added that, “we must invest in both domestic and global infectious disease prevention and response efforts, because pathogens do not respect national borders.” 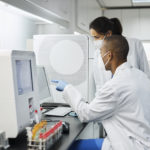