Forced vital capacity (FVC) bronchodilator responsiveness (BDR) may affect the rate of chronic obstructive pulmonary disease (COPD) exacerbations and may have a role in determining clinical phenotypes of the disease, according to a study published in the Annals of the American Thoracic Society.1

Data suggests that beta blockers may be beneficial for preventing COPD exacerbations; however, the Beta-Blockers for the Prevention of Acute Exacerbations of Chronic Obstructive Pulmonary Disease (BLOCK COPD; ClinicalTrials.gov Identifier: NCT02587351) study showed that use of the beta-blocker metoprolol is associated with a higher risk of severe COPD exacerbation.2-4

In the current study, researchers sought to determine the mechanism underlying these results by comparing changes in lung function over the course of the BLOCK COPD trial between treatment groups and by evaluating whether baseline bronchodilator response or early reduction in forced expiratory volume in one second (FEV1) or FVC was associated with exacerbation risk.1

The researchers concluded, “Metoprolol was associated with reduced lung function during the early part of the treatment period [of the BLOCK COPD trial], but these effects were modest and did not persist. Early lung function reduction and baseline bronchodilator responsiveness did not interact with the treatment arm to predict exacerbations; however, baseline FVC bronchodilator responsiveness was associated with a 60% higher rate of severe/very severe exacerbations.”1 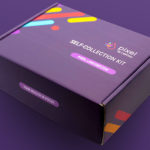