In a study investigating differences in reactogenicity between 3 enhanced influenza vaccines and a standard-dose inactivated vaccine, investigators noted that some acute local reactions were more frequent after vaccination with an adjuvanted and high-dose influenza vaccines. Systemic reactions occurred at similar frequencies in all groups, according to data published in The Journal of Infectious Diseases.

Reactions reported by participants were generally mild and of short duration. Systemic reactions occurred in similar proportions across vaccine groups. However, some local reactions were reported slightly more frequently in the MF59-adjuvanted vaccine and the high-dose vaccine groups compared with recipients of standard-dose vaccines. Participants who reported feverishness one day following vaccination had mean-fold increases in postvaccination hemagglutination inhibition titers that were 1.85-fold higher (95% CI, 1.01-3.38) for A(H1N1) compared with those who did not report feverishness.

Study limitations listed by the investigators included the reliance on self-reporting, which may lead to underestimations of the occurrence of some adverse events. The investigators also note that it was not possible to document elevated temperatures after vaccination, which would have aided in interpreting the findings; they therefore relied on participant reports of feverishness. Sera were also only tested in subsets of 200 participants from each group, resulting in a study that was “not necessarily powered to assess smaller differences in adverse reactions between the four vaccines used or to assess associations with adverse reactions and immune response.” The investigators also acknowledge that contacting participants following vaccination was challenging and some were not reachable. However, they believe that this did not affect the overall findings as the proportion of unreachable participants was small.

The investigators did conclude that, “frequencies of systemic reactions after vaccination were similar for enhanced vaccines compared with standard-dose vaccines, and the patterns of injection-site reactions were consistent with other studies.” They also suggest that associations between feverishness and immunogenicity be further investigated in larger populations. According to the investigators, these findings will also inform future vaccine trials, contribute to decisions about the use of enhanced vaccines among older adult populations, and indicate a need for continued vaccine adverse events monitoring. This would include studies on infrequent but potentially more serious adverse reactions that adequately evaluate the safety profiles of enhanced vaccines. 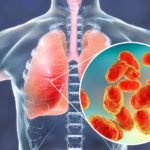