During the 2018-2019 influenza season in Washington state, the burden of medically attended acute respiratory illness (ARI) was dominated by influenza A(H3N2) and A(H1N1) across all age groups, with respiratory syncytial virus (RSV) being the most common pathogen among children aged 1 to 4 years and coronaviruses being the most common pathogen in adults aged 65 years and older, according to study results published in Clinical Infectious Diseases.

The authors used surveillance data from the US Influenza Vaccine Effectiveness Network to estimate the burden of ARI in ambulatory care settings for 12 respiratory viruses in Washington state between November 18, 2018, and April 20, 2019.

Limitations of this study included participants who were seeking only ambulatory medical care, those who had a prepaid healthcare/insurance provider, covering only a single influenza season, and excluding patients with ARI without a cough and children aged less than 1 years.

Disclosure: Two study authors declared affiliations with the pharmaceutical industry. Please see the original reference for a full list of their disclosures. 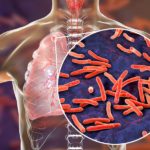 Bedaquiline Plus Delamanid May be Viable Option for Multidrug-Resistant Tuberculosis